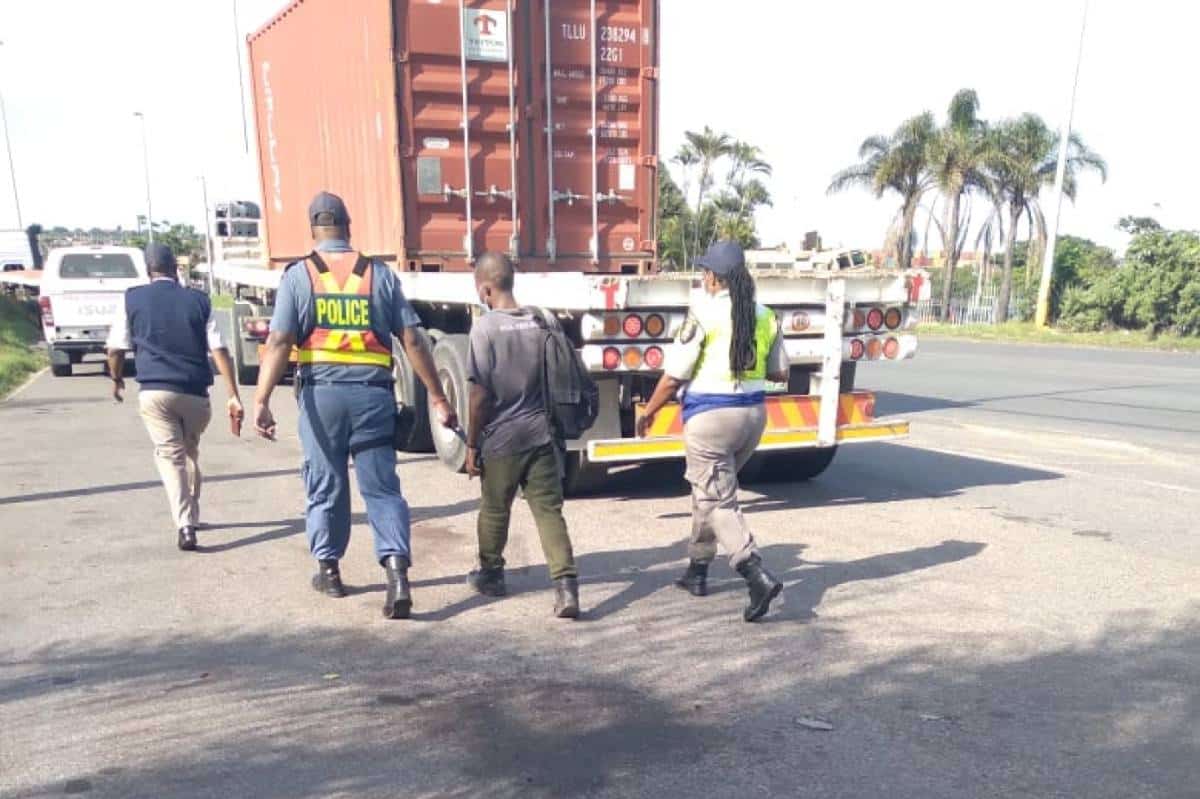 Watch: 5 Foreign Truck Drivers Arrested In First Of Many Operations By The KZN Government

Five illegal foreign truck drivers have been arrested in Durban in the first hour of a law enforcement operation aimed at ensuring compliance in the freight and logistics industries on Thursday morning.

The operation, which the KwaZulu-Natal government said would be the first of many, was scheduled to be held at three sites around the city, including Maydon Wharf, which is used daily by trucks to access the port.

The operation, which included the police, defence force, traffic authorities and the departments of home affairs and labour, focused on:

The operation comes in the wake of recent violent truck protests in KZN and complaints by local truck drivers about foreigners being employed by SA trucking companies in preference to them.

KwaZulu-Natal Premier Sihle Zikalala said five drivers had been arrested for not being in possession of proper documentation and he expected the number to increase.

“We are doing this because there have been complaints about the domination of foreign nationals in the freight and logistics industry.

“These foreign nationals are supposed to be driving with permits and all required documents. In most cases you find that most of them are driving without these documents,” he said.

Zikalala called on labour minister Thulas Nxesi “to expedite the policy that will regulate the employment of truckers in SA”.

“We don’t believe SA companies that are based here should prioritise people from outside SA. That’s why we call on the minister of labour to expedite the policy.”

“We will also be engaging with the freight and logistics industry. If they prioritise South Africans and employ people who are local, that will help solve the problem,” he said.

Zikalala called on the freight and trucking industry to stop “causing problems” by not employing local drivers.

“It’s not that we are saying foreign drivers can’t drive in SA. We are saying that if the company is based somewhere in Africa, they are fine to come and drive here with the proper documents.

“If the company is based in SA, let that company prioritise South Africans.

“They can see for themselves we are working to address their concerns.”

He was speaking to media during the law enforcement operation at Bayhead Road leading to the Durban Harbour.

“We would also call on the associations of truck drivers that are operating daily, if there are issues, let us not block the road and burn trucks, let’s engage.”

Zikalala added that operations were not once off, but “will continue”.

“Government is practically doing these operations. If we continue these operations on a daily basis, the complaints from drivers will reduce. They are here and see for themselves that we are working hard to address their concerns. That will help us reduce those protests.”

The government has been engaging with truck driver forum ATDF to try and find a solution to the foreign truck driver employment issue.

In their last meeting on 5 January 2022, it was suggested that ATDF register as a workers union representing employed and unemployed workers but it remains to be seen if they would.

Zikalala called on the freight and trucking industry to stop “causing problems” by not employing local drivers.https://t.co/l0hMODczP9 pic.twitter.com/NV6lOMpFeZ 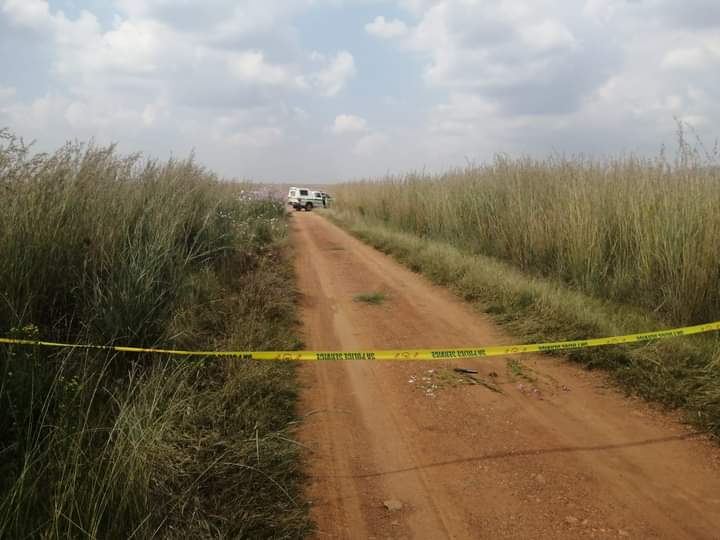 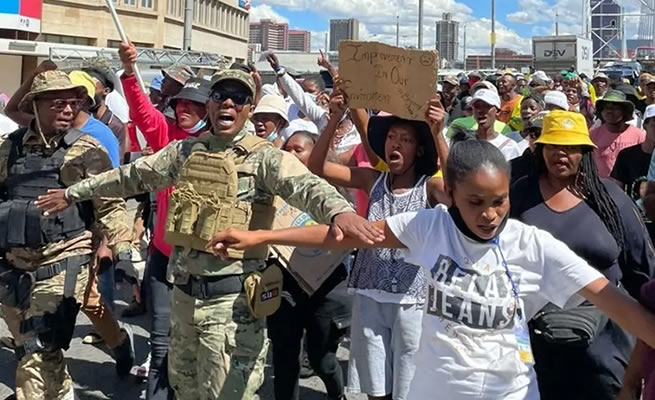 This website uses cookies to improve your experience while you navigate through the website. Out of these, the cookies that are categorized as necessary are stored on your browser as they are essential for the working of basic functionalities of the website. We also use third-party cookies that help us analyze and understand how you use this website. These cookies will be stored in your browser only with your consent. You also have the option to opt-out of these cookies. But opting out of some of these cookies may affect your browsing experience.
Necessary Always Enabled
Necessary cookies are absolutely essential for the website to function properly. These cookies ensure basic functionalities and security features of the website, anonymously.
Functional
Functional cookies help to perform certain functionalities like sharing the content of the website on social media platforms, collect feedbacks, and other third-party features.
Performance
Performance cookies are used to understand and analyze the key performance indexes of the website which helps in delivering a better user experience for the visitors.
Analytics
Analytical cookies are used to understand how visitors interact with the website. These cookies help provide information on metrics the number of visitors, bounce rate, traffic source, etc.
Advertisement
Advertisement cookies are used to provide visitors with relevant ads and marketing campaigns. These cookies track visitors across websites and collect information to provide customized ads.
Others
Other uncategorized cookies are those that are being analyzed and have not been classified into a category as yet.
SAVE & ACCEPT
Total
140
Share
140
0
0
0
0