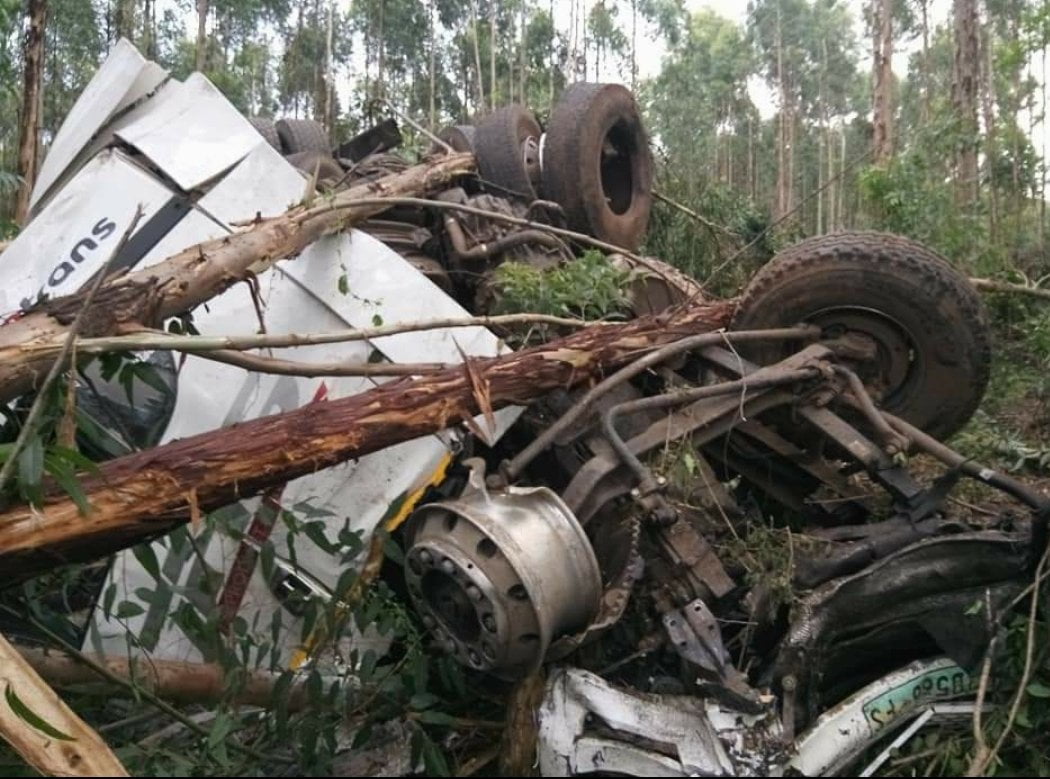 Watch: 6 Killed In As Overtaking Truck Collides Head-on With A Sedan Near Barberton

Six people, including a child, have been killed in a collision between a truck and a VW Polo sedan on the R38 near Barberton in Mpumalanga this afternoon.

Traffic authorities reported that the truck was illegally overtaking on a sharp bend when it collided head-on with the sedan.

Five people including a child, all passengers in the sedan died on the spot.

The truck driver also perished in the crash while his passenger was seriously injured.

Another vehicle collided with the truck and sedan.

The exact cause of the crash is being investigated.

[WATCH] Six people, including a child have been killed on the R38 near Barberton in Mpumalanga this afternoon. Traffic authorities are reporting that a truck collided head-on with a sedan.

Johannesburg – A truck driver sustained serious injuries when he was ejected…