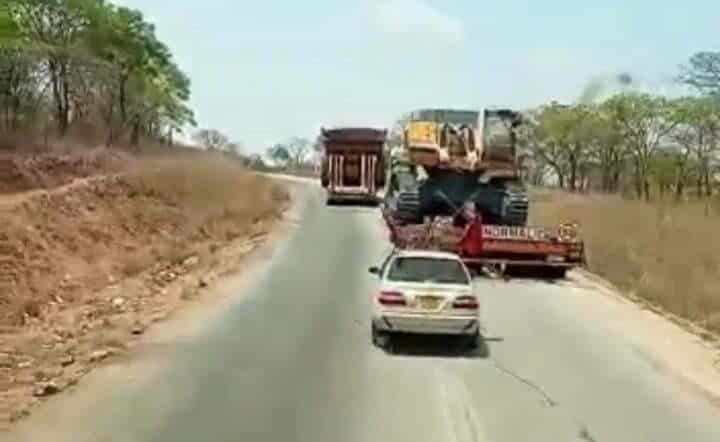 The most important quality of a skilled abnormal load truck driver is patience. If you are an impatient trucker, you are bound to crash one day.

In the video below, two abnormal trucks are driving on the Masvingo – Harare highway with a sedan escorting them.

On two continous white lines, the driver of the second truck changes lanes encroaching onto the oncoming lane and attempts to overtake.

The front truck, upon seeing the other truck trying a suicidal move, blocks the way.

From the video footage, it shows clearly that the road ahead is curving to the left. The driver obviously cannot see further ahead but it doesn’t seem to deter the impatient truck

The driver in this instance was lucky that he didn’t cause a crash. His actions are probably one of the common causes of head-on crashes. Overtaking on a double barrier line!

What’s your take on the video?