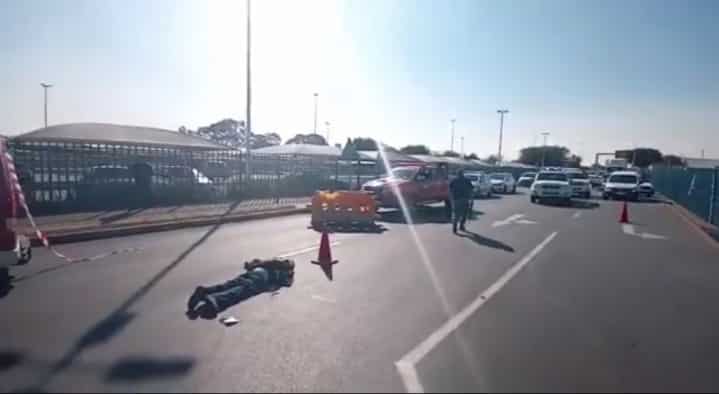 An alleged robbery at the cargo area outside OR International Tambo Airport on Saturday afternoon has left two people dead and seven others wounded.

All the victims sustained gunshot wounds.

Circumstances surrounding the incident were under investigation.

Paramedics said they arrived on the scene to find several men, believed to be the suspects behind the crime, lying on the ground around the premises.

The seven men sustained gunshot wounds, with some of them in a serious condition.

They are being treated a nearby hospital under police supervision.

Reports of a shooting at the Cargo entrance of @ortambo_int – 3 suspected robbers shot dead. 7 others also shot and wounded. Scene still active. pic.twitter.com/fb4Mx99hIK

Bus with passengers catches fire on N1 north in Johannesburg