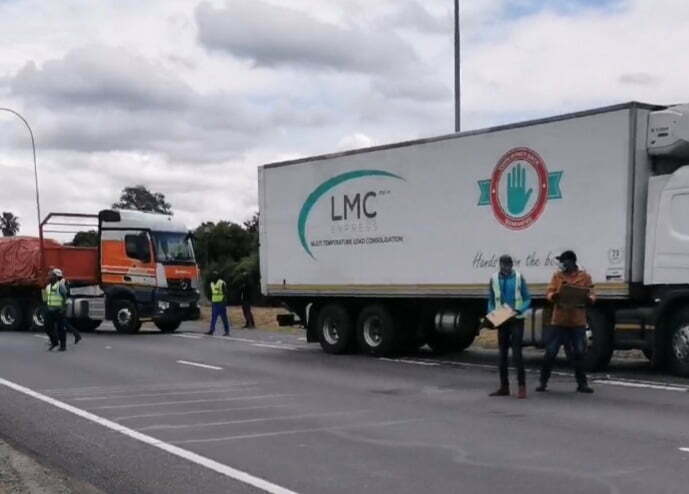 SA Trucker was alerted of the N1 truck blockade in Cape Town at 15h49.

It’s alleged that the group of protesters forced a truck to park across the road before they grabbed the keys.

In videos sent to SA Trucker, a few protesters holding placards can be seen while a truck is blocking the road.

Tge N1 truck blockade comes just two days after another one in KwaZulu-Natal at Van Reenen Pass on the N3.

Twelve drivers were arrested after allegedly blocking the busy national route for about 24 hours.

The twelve truckers are expected to appear in Ladysmith Magistrate Court on Monday.

Winburg Police have launched a vigorous manhunt for ruthless suspects, following a…

The Minister of Transport, Dr Bonginkosi Blade Nzimande, strongly condemns the blocking…
While the country is reeling from the effects of Covid-19 on the…