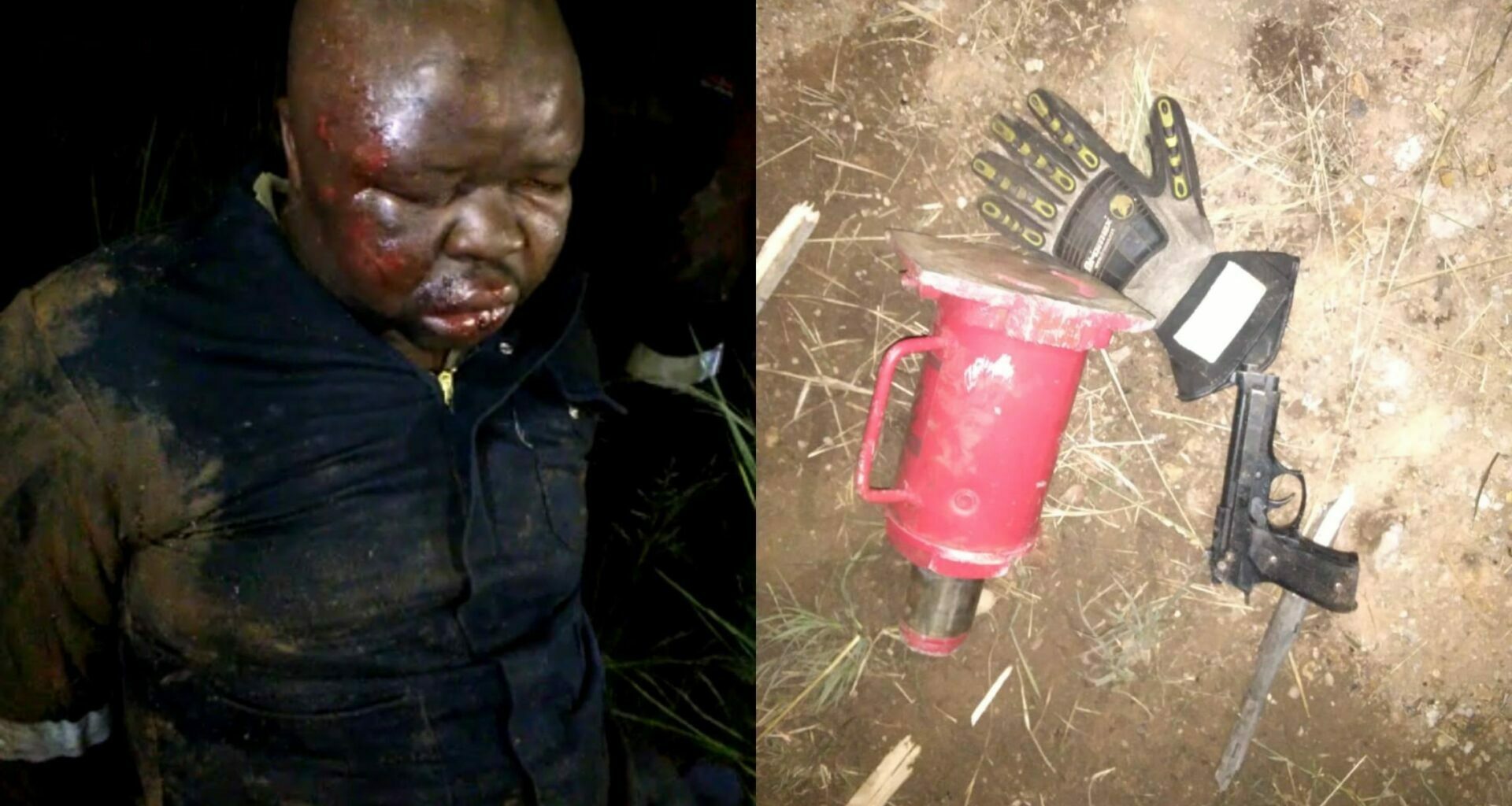 Watch: Bad Day In Office For Wheel Thieves Caught By Truckers At Palesa Mine

It didn’t end well for a gang of thieves targeting trucks in the Bronkhorstspruit area last night when an alert truck driver spotted them first.

The gang has been terrorising truckers, stealing batteries, wheels and possibly hijacking in Mpumalanga.

Their reign of terror ended, at least for now, when they were caught in the early hours of Wednesday morning at Palesa Coal Mine in Bronkhorstspruit.

They were driving a white Toyota Quantum, which has also been linked to crimes against truckers in Delmas and Nigel areas.

It’s alleged that one truck driver spotted the Quantum roaming around the mine area and he informed others on the drivers WhatsApp group. The security and truck owners were also informed and they teamed up to corner the thieves.

Upon searching their vehicle, the truckers found a gun, a bolt cutter, a heavy-duty jack and wheel spanners used to steal from trucks.

The robbers have the police to thank for rescuing them from the wrath of angry truckers who meted some little street justice on them.

It didn't end well for robbers targeting truckers when they were caught by alert truck drivers at Palesa Coal Mine near KwaMhlanga pic.twitter.com/zkHOT5EHql