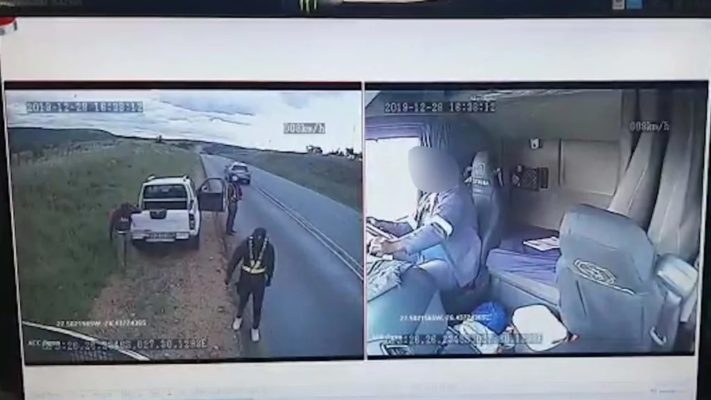 In light of the many cases of hijackings by bogus cops, as a truck driver, you may think it’s okay to not stop until you find a safe place but you may also end up in trouble if you don’t communicate your intentions.

Following a widely shared video of a truck driver refusing to stop for Tshwane Metro Police officers at a roadblock in November, spokesperson Senior Superintendent Isaac Mahamba had this to say.

“Although we understand that at times truck operators are afraid to stop in unsafe areas due to past incidents, we encourage them to inform the police when stopped,” he said.

“They must make a request for the police to follow them to the nearest police station or garage instead of refusing to stop without indicating their intentions.”

This situation is, however, not as easy as it sounds because for hijackers once they manage to slow down the truck, then taking control becomes a lot easier.

A Time Link Cargo truck was hijacked by bogus cops on Saturday near Potchefstroom on the N12.

The fake cops, travelling in a white Nissan Hardbody pulled over the truck before hijacking it.

Read also: Warning out as robbers use marked police car to hijack truck

Dashcam video footage from the truck shows the driver, who was travelling to Cape Town, being stopped on the N12, near Potchefstroom.

The third appeared to be wearing a police-issue bulletproof vest.

The driver was escorted to the bakkie after getting out of the truck.

A fourth suspect then gets into the truck and drives off. Within minutes, the bogus police officers and the hijacked truck are back on the road.

The truck makes another quick stop, and the hijacker is joined by two other men. The suspects try to cover their faces when they notice the onboard security camera. One uses a cloth to cover the camera.

Speaking to News24, Afzal Hamed, editor of SA Long Distance Truckers, says the hijacker appeared to be an experienced driver.

“He knows what he is doing. He knew exactly how to start the truck and get the load moving,” he said.

“He must have driven an automatic truck before… The truck never jerked when he pulled away,” Hamed added.

The driver pressed the panic button before he left the vehicle, flagging the irregular stop.

The truck was recovered within hours.

Hamed urged motorists and truck drivers not to stop on the side of the road, but to go to the police station in the nearest town or city instead.

“This is the third incident in the last three months that a truck was hijacked,” Hamed said.

He advised drivers to put on their hazards, inform authorities and not to drive faster than 40km/h.

No arrests have been made. Police are investigating an attempted truck hijacking.

“Police are appealing to truck drivers to be vigilant and demand police to produce their identity cards in order to ensure that they are dealing with real police officers.”