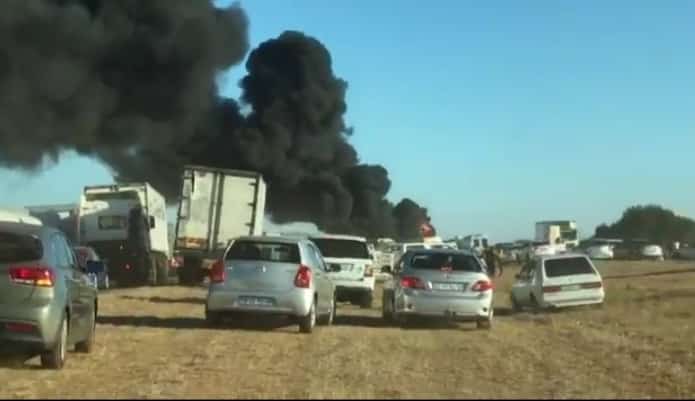 Watch | Chaos on N1 as tanker catches fire near Belabela

There is chaos on the N1 north as motorists are trying to pass a petrol tanker on fire in the midst of the highway.

According to an SA Trucker on the scene near Belabela, the tanker just burst into flames right in front of his eyes. The condition of the driver could not be immediately established.

Limpopo Department of Transport has urged motorists to use the R101 as an alternative.

Chaotic scenes on N1 next to Settlers Off Ramp. It looks like a tanker caught fire on the N1 Northbound thus causing delays on the travel time on both southbound and northbound. If you are in a hurry please use R101 Belabela. @TrafficSA @_ArriveAlive pic.twitter.com/cZUFZHFFdw

Petrol tanker on fire on N1 near Bela bela