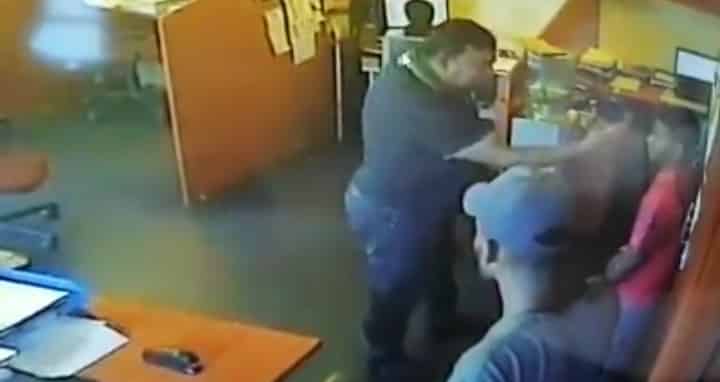 Durban – A video of Alvin Naicker, Crossmoor Transport director, manhandling one of his employees has gone viral on social media.

It is not known what enraged Naicker to the extent of abusing his employee as seen in the video.

The viral video has attracted a lot of negative reactions for Naicker as social media users feel he bullied his employee who has to take his rants just to keep his job.

Crossmoor Transport refused to comment when they were contacted earlier today.

Apparently owner of one of the large fuel transporters assaulting and bullying an office employee..Wathh the video..

Crossmoor Transport has been in the media recently after Naicker’s sister, Sandra Moonsamy was kidnapped and later released after 6 months in captivity.

Crossmoor Transport woes date back to January 2019 where they allegedly failed to pay their fuel bill of R50million to petroleum supplier Engen.

The company initially failed to honor payments in January 2019 and in March the situation grew dire where the company signed an acknowledgment of debt to the value of R35 million rands.

Engen successfully sued the company and the sheriff of the court attached its assets.

Durban – Sanele May, the truck driver in the horror Fields Hill…