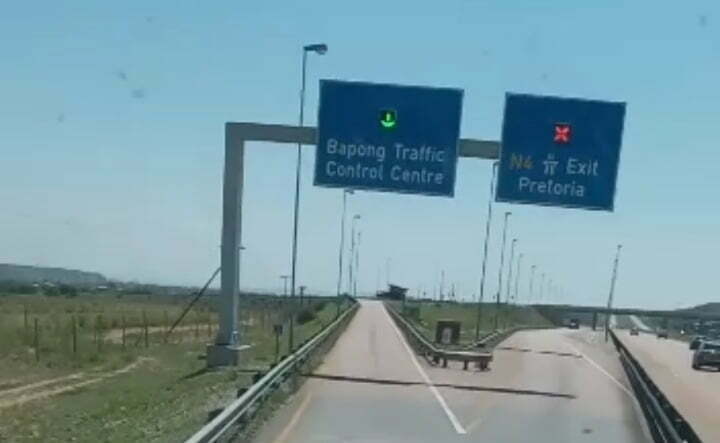 Some actions can only be explained by the actor, not that they would make you understand, but just to let you know what was going through their minds when they were acting.

Well, this one actor, not sure if I should call him a trucker even though he was driving a truck, decided to shoot his movie at Bapong Traffic Control Centre on the N4 just after Brits towards Rustenburg.

In the undated 18 second video, the culprit uses his smartphone while driving, to film his evil deed.

The traffic light is green showing the man that he is supposed to turn into the weigh station while it is red for going straight through.

He murmurs some words as he proceeds to go against the red light and crashes through the boom gate.

It appears, from the video, that he had planned to do it and also had the guts to film it, how daring!

Watch the moment a taxi collides with a bus near Empangeni, killing…