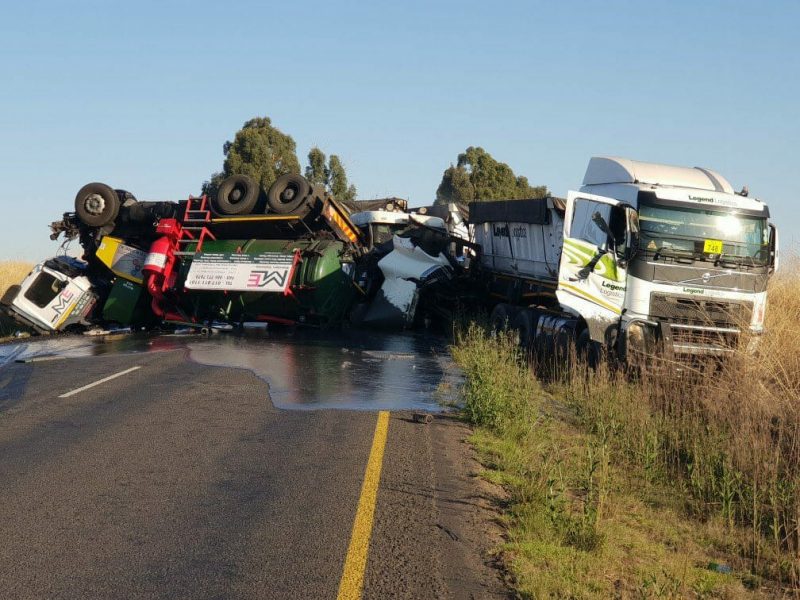 A truck driver has been killed and his assistant seriously injured after their truck collided head-on with another truck on between Kriel and Bethal on Friday morning.

The road is closed as ermergency personnel treat the injured while rescue struggle to cut out the driver of one of the trucks who has been entrapped in the wreckage.

Dashcam footage from one of the trucks has emerged, it shows one truck approaching from the opposite side while another is following behind the recording truck.

Just as the oncoming truck reaches, the truck behind attempts to overtake causing the head-on crash.

One person was killed on the spot and two others seriously injured.

Watch the footage below:

A truck driver was injured when his truck overturned on N3 near…
The leadership of the All Truck Drivers Forum (ATDF), Allied South Africa…