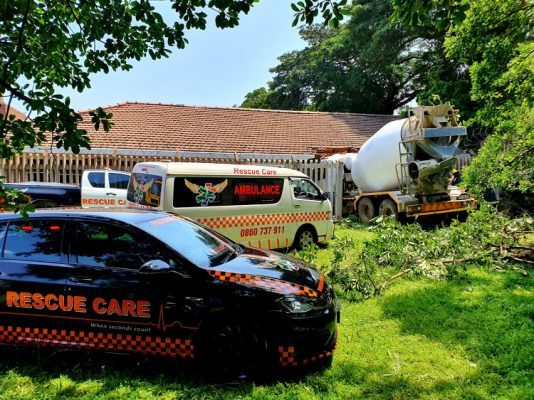 Durban firefighters used the jaws of life to free a trapped truck driver after his vehicle veered down an embankment and ploughed into business premises on Monday afternoon.

Rescue Care paramedic Garrith Jamieson said the vehicle crashed into a building on Grimsby Road in Clairwood, in the south of Durban.

“The driver was trapped in the vehicle. He was stabilised in the truck by Rescue Care advanced life-support paramedics,” he said.

Rescue workers are using the jaws of life in an attempt to free an injured truck driver from a wreckage after his vehicle crashed into a building in Clairwood south of Durban. @TimesLIVE pic.twitter.com/qnYRC77ofQ

Paramedics expected the man to have sustained serious injuries due to the impact of the crash. Once he was freed, however, they discovered that he had only sustained moderate injuries.

“He was transported to a nearby hospital for the further care that he requires,” added Jamieson.