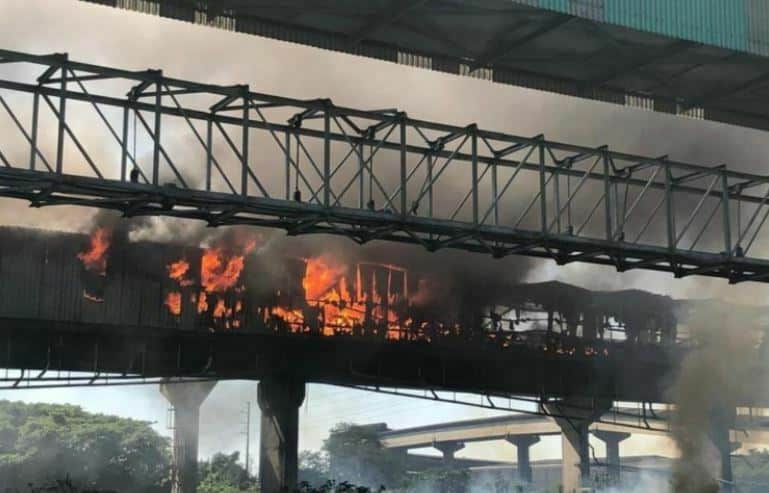 WATCH: Fire breaks at Richards Bay Port – the second time in a week

Richards Bay port has been struck by a fire on one of its import conveyor belts, the second fire in a week, Transnet Port Terminals (TPT) has reported.

Authorities battled to extinguish the blaze on the import conveyor belt routes earlier on Thursday morning.

TPT said they are investigating both fire incidents.

‘This will, unfortunately, affect TPT’s ability to service its customers. Of concern to Transnet is that this is a second incident since we had a similar occurrence last week.

‘Transnet is investigating all these incidents to determine the cause,’ said the parastatal in a statement this morning.

‘The firefighters immediately responded, supported by the city and the industry on-site, and they are doing their best to extinguish the flames.

‘The cause of the fire has not yet been identified. No injuries have been reported, and Transnet is engaging affected parties at the port.

‘Transnet urged port users in the Bayvue Precinct (along Newark Road) to take safety measures by avoiding the area and ensuring proper use of PPE so as to not inhale the fumes.

It said only the west gate entrance is temporarily unavailable.

‘The Business Continuity Plan has been activated by TNPA working in collaboration with TPT.’

Durban – Police are on the hunt for a truck driver who…
Volkswagen plans to launch a new line of trucks in 2021, the…