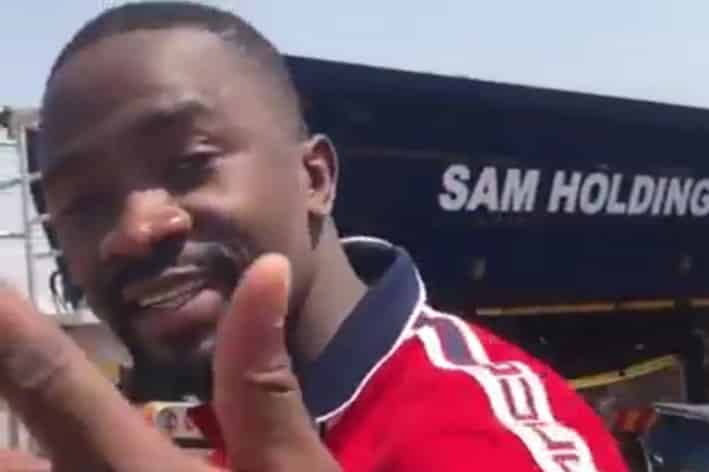 There is one name that rings a bell when someone mentions a convoy of fast luxurious cars, it’s none other than Sam Mshengu himself, the owner of Sam Holdings.

Mshengu, whose real name is Sambulo Bruce Shabalala as revealed in a recent court case against him in Witbank Magistrate’s court, rose to fame during the Durban July 2019.

His 72 car convoy of fast luxurious cars with at least 10 cars owned by him was talk of the town in Durban and South Africa as a whole.

With the spotlight shining bright on him, more videos of the flamboyant young business tycoon are surfacing.

In the undated video below, Mshengu is boasting that it’s not only cars that he buys but trucks too. He does that while showing off a brand new horse and trailer.

The spotlight has however brought trouble for him as he has been arrested by the Hawks allegedly after paying a R40 000,00 bribe to Home Affairs officers investigating how he got his South African identity card.

He is believed to have been born in Zimbabwe.

His matter was postponed to November 22 for further investigation.

Mshengu faces charges of corruption, illegal possession of a firearm and ammunition, illegal entry, departing and remaining in the borders of South Africa, and providing false information to be granted entry into the country.