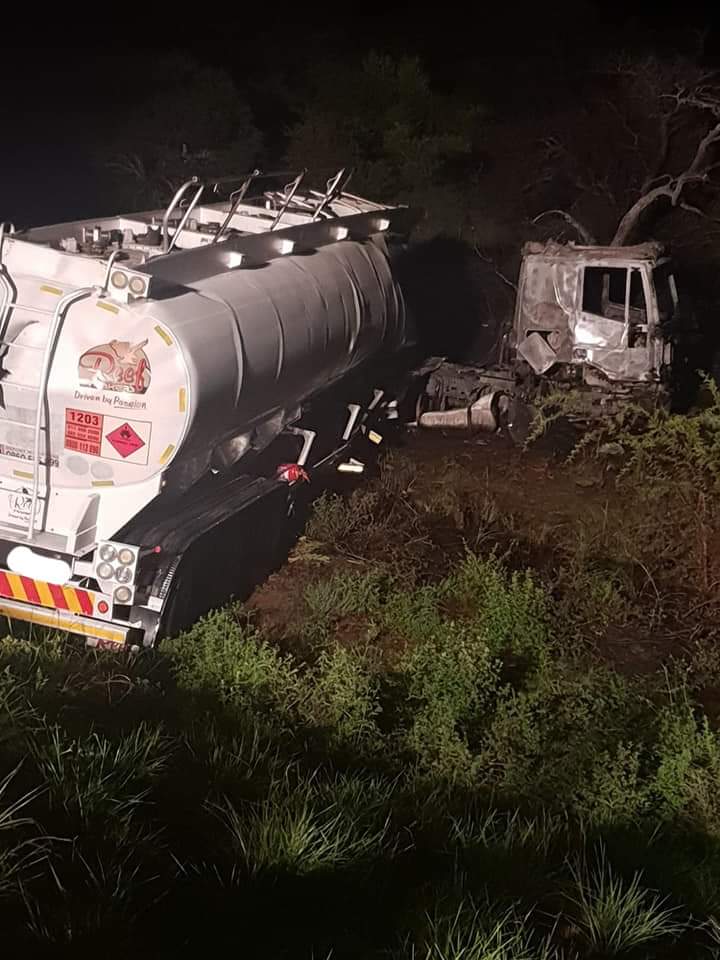 Four people are feared dead following a collision between a tanker truck and a Kia bakkie on N1 between Mokopane and Polokwane.

Reports from the scene indicate that a Kia bakkie and a tanker truck collided and the truck caught fire.

An SA Trucker who was at the scene reported that he saw four lifeless bodies scattered on the scene.

The four people are believed to be the driver and three passengers from the Kia bakkie.

Motorists are advised to use the R101 between Polokwane and Mokopane.

The N1 between Mokopane and Ranch Garage should be closed till 23:00.