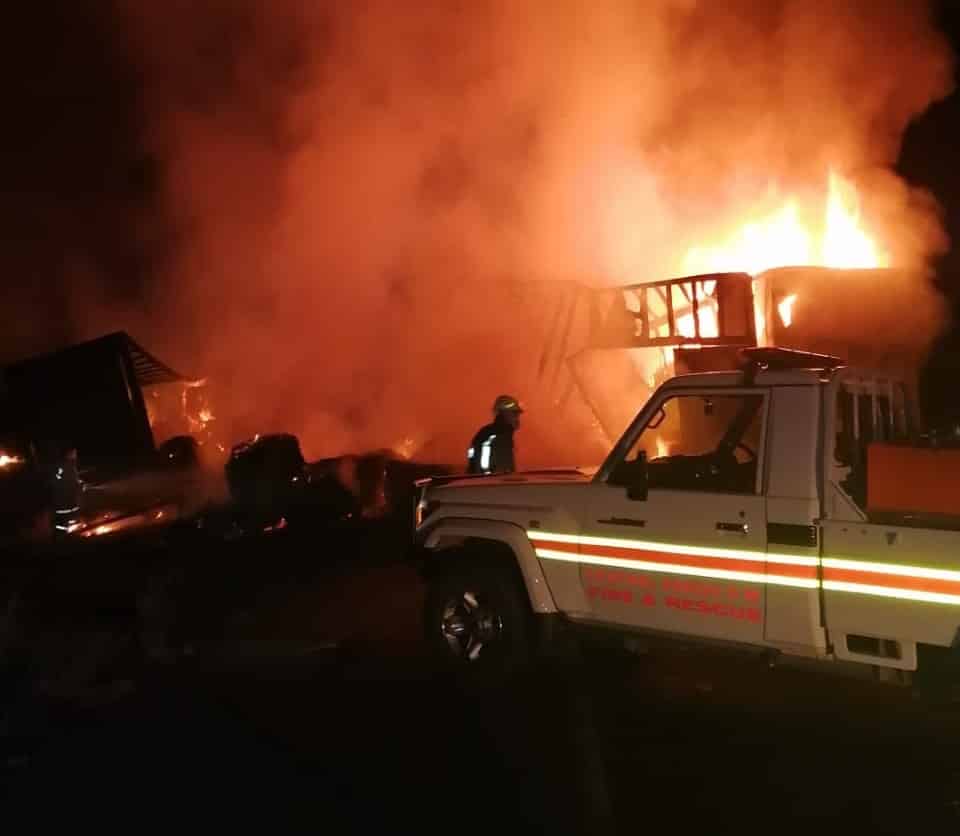 Western Cape – At least four people have died in a head-on collision between two trucks on the N1 in the Karoo.

Bakker says officials have just opened one lane of the highway that was earlier closed to traffic.

Emergency and rescue workers are still at the scene. The cause of the crash is unknown at this stage:

“The N1 is currently closed between Beaufort West and Three Sisters, two heavy motor vehicles or trucks were involved in a head-on collision and caught fire shortly after midnight, thus far four fatalities have been reported and the remains, debris is currently being removed.”

Durban – A truck driver tried to flee the scene after wedging…