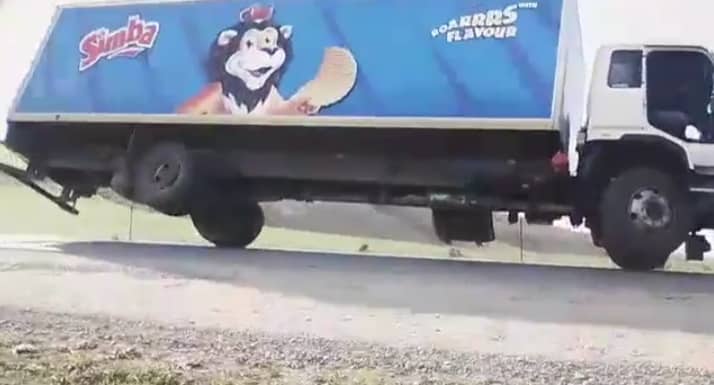 Cape Town – A video of a truck being blown over by gale force winds in Somerset West, Cape Town on Thursday, July 9, has surfaced online.

In the video, taken along the N2 near Somerset West, people walking around can be seen struggling to stay on their feet as the strong winds threaten to blow them away.

As for the truck, the wind just becomes too much for it. The right-hand side wheels lift up swiftly leading to the truck crashing onto the side.

According to Traffic Chief Kenny Africa, the driver has been seriously injured and two passengers who were aboard at the time were injured as well.

Motorists are being asked to be patient while officials attempt to remove the truck. It is currently lying just off the road on the middle island. Heavy rain is slowing the process down as a cold front has made landfall in the province and is causing widespread rain and wind across the Cape.

Travelling between Hanover and Richmond on N1 in Northern Cape, has been…