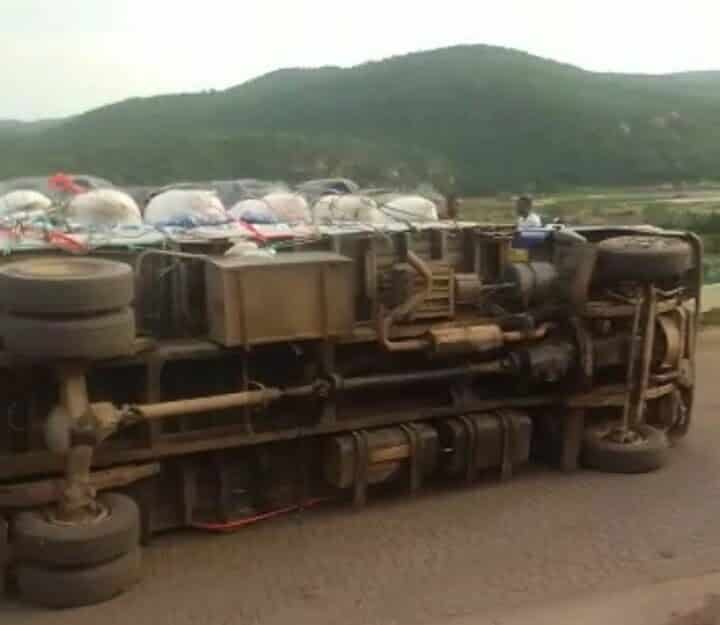 Trucks with very high loads are a common sight on the N4 and N1 highways towards Lebombo and Beitbridge borders respectively. Especially towards the end of the year when immigrants embark on their yearly visits back to their countries.

Earlier today at Lebombo border post, one such truck fell on its side after the load shifted one side, and a witness had it all captured on video.

In the first video, the truck is parked on the road with the load heavily shifted to its left-hand side, a cop arrives and warns everyone to move away from the imminent danger.

Video 1 – Heavily loaded truck falls on its side at Lebombo border post pic.twitter.com/hGGOLakrZJ

The video ends then in another video, the truck crew has attached some ropes onto the load and they try to pull it back into position.

In just a few moments, the truck fails to hold the pressure and it falls onto the left-hand side.

Video 2 – Heavily loaded truck falls on its side at Lebombo border post pic.twitter.com/78h2LAz7H2

According to a witness, there were no injuries reported on the scene.

You can speed up your life if you want to that’s easy.…