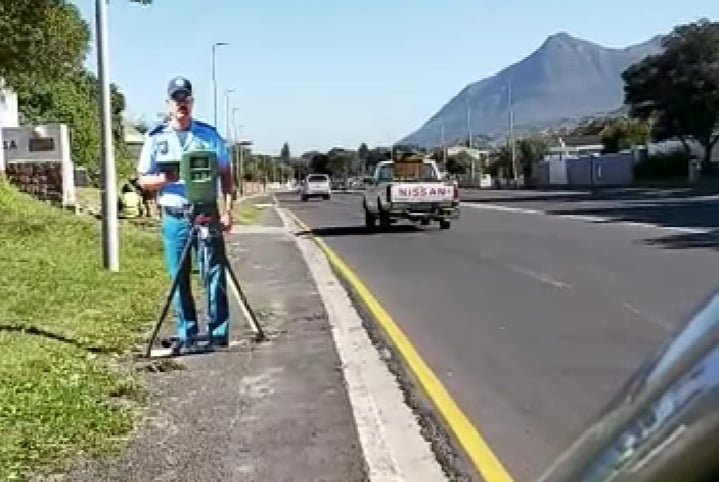 Cape Town – Not all cops are corrupt but finding the few incorruptible ones is not an easy thing. Cape Town City has however found one, who I shall say is impossible to bribe and very effective on duty.

After SA Trucker shared the video of the highly rated officer on Facebook, a lot of positive comments have been aired by law abiding citizens.

Most motorists certainly slow down when they see a traffic officer with a speed camera on the side of the road.

In this scenario however, they are tricked into abiding the law by nothing but a perfect metal cut-out of a traffic cop picture.

The mock officer was filmed on Frans Conradie Drive queitly doing his duties.

Laughing at how they had been tricked, a few people shared that they had driven past the cut-out earlier and had slowed down because they thought the officer was real.

One person said the traffic department should get 10 points for creativity, while another thought the shoulder flashes were lifelike and even fluttered a bit in the wind.

Some were a bit cheeky. There were jokes about paying traffic fines with play money and laughing at the prospect of a strong wind blowing the cut-out over.

“Thus far we have only received positive feedback,” he said.

“This City initiative aims to make motorists aware of the speed they are driving. Motorists would usually slow down if they are speeding and see a traffic official.”

Pulling up at one of the many pit stops along the N1,…