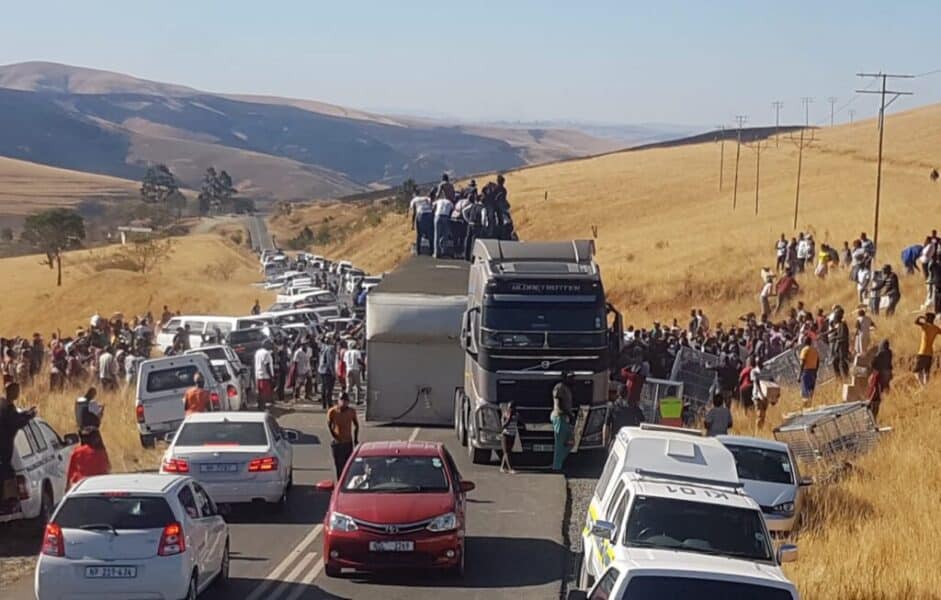 A KwaZulu-Natal community did not waste time to empty a trailer after it unhitched from the truck on R56 near Harding on Sunday afternoon.

Speaking to SA Trucker, the driver said that he was going uphill when two men jumped onto the truck and started banging the door for him to open.

When he refused, he alleges that the suspects pulled the fifth wheel, unhitching the trailer in the process.

The trailer rolled back and got stuck in the middle of the road.

“In no time, the community swammed the truck and broke open the trailer,” said the trucker.

A video shows the looters offloading tyres from the trailer.

The driver was unharmed.

Watch: N3 closed after serious crash between 3 trucks and 3 cars in Wardens