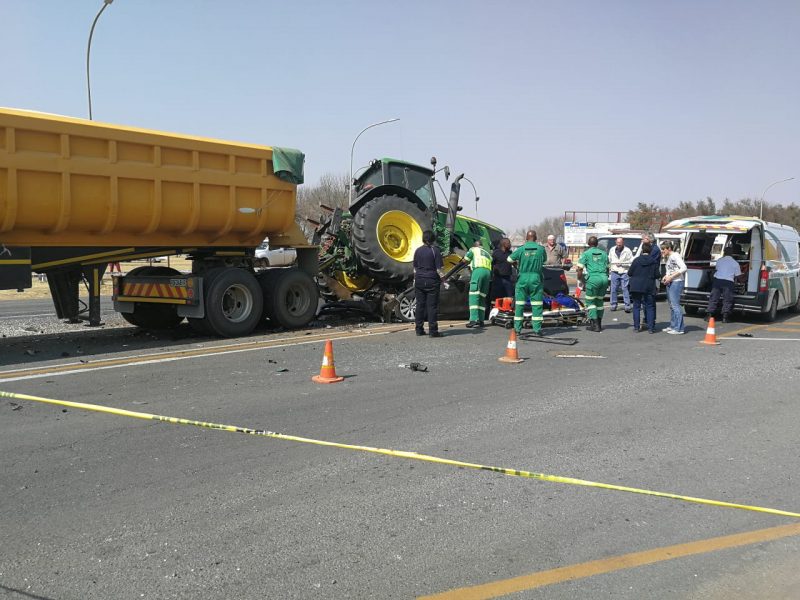 Freestate – A man was killed and his wife injured when the vehicle they were travelling in collided head-on with a tractor.

The accident happened on Wednesday afternoon just after 13h00 on the R30 / Orkney road in Bothaville in the Free State.

According to police spokesperson Capt. Stephen Thakeng, the driver of the car allegedly overtook a truck moments before the accident.

The driver of the BMW was declared dead on the scene and his wife was transported to Hospital.

A video of the crash shows how the BMW crashed into the tractor at high speed.