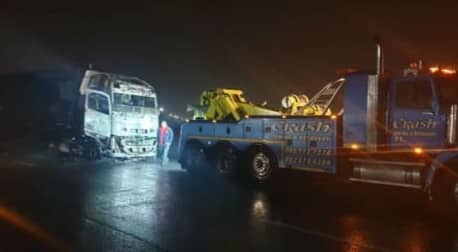 Police in Paterson in the Eastern Cape are investigating a case of malicious damage to property after two trucks were torched and destroyed, causing damage estimated at R3 million.

Police spokesperson, Captain Andre Beetge said the incident occurred at around 2am on Tuesday, about 11 kilometeres from Paterson on the N10.

It was suspected that the trucks were petrol bombed and the motive is unknown at this stage.

Beetge said it was reported that three to five masked suspects were seen at the scene jumping into another vehicle. Neither truck driver was harmed during the incident. No arrests have been made. ANA

‘Make R6000 now, ask me how’ WhatsApp stokvels have, once again, gone…