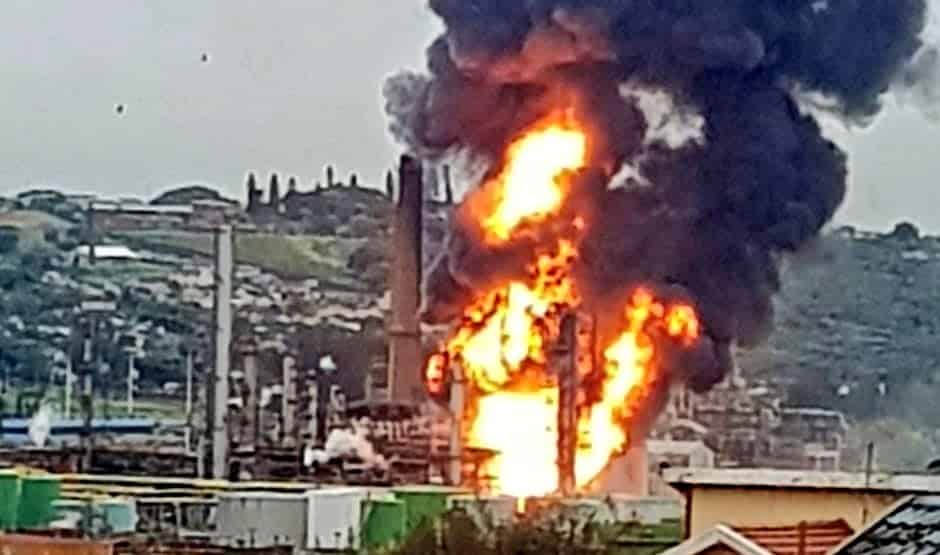 A big fire is currently raging at the Engen Refinery in Wentworth, Durban following an explosion which was felt a kilometres away from the scene.

A few moments after the explosion the trucker said he saw smoke bellowing high into the sky.

The cause of the explosion is not known at this stage.

This is a developing story… watch video below.