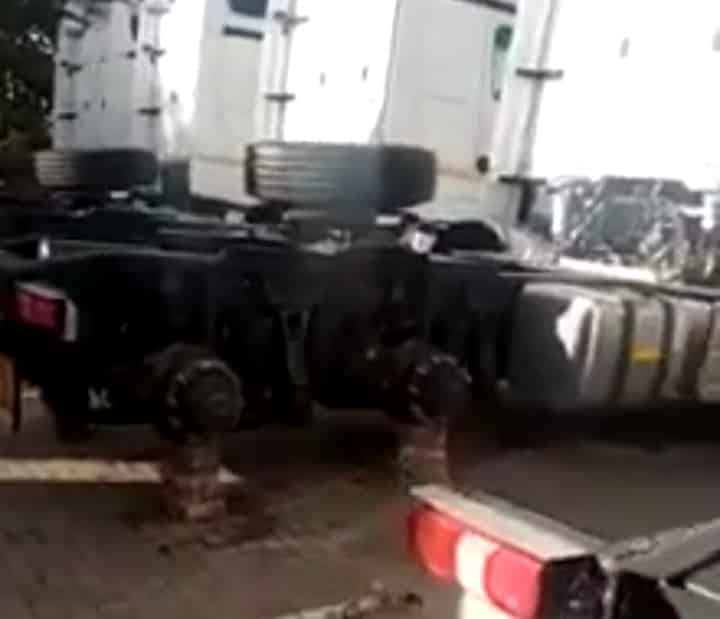 Tyre thieves pounced on a Mercedes Trucks dealership in Boksburg this week, apparently for the second time in just a few months, according to anti-crime activist Yusuf Abramjee.

The dealership employees came to work as normal, not knowing the surprise that was awaiting them.

A video of the stripped trucks sitting on some paving bricks went viral on social media.

In the video, the voice of a man can be heard saying: “Bakususile futhi loko” loosely translated as, they have begun with their criminal activities again.

As the video continues, the Mercedes trucks can be seen without tyres, it seems as when the criminals were taking out the rims – they also removed the paving bricks to place the axles of the truck on top of.

According to Abramjee the incident reportedly happened at a dealership on the N12 in Boksburg.

Tshepang Phohole, a warehouse picker from Pretoria, together with his family blew…

As truck drivers, we work in fear of hijackers stalking us for…