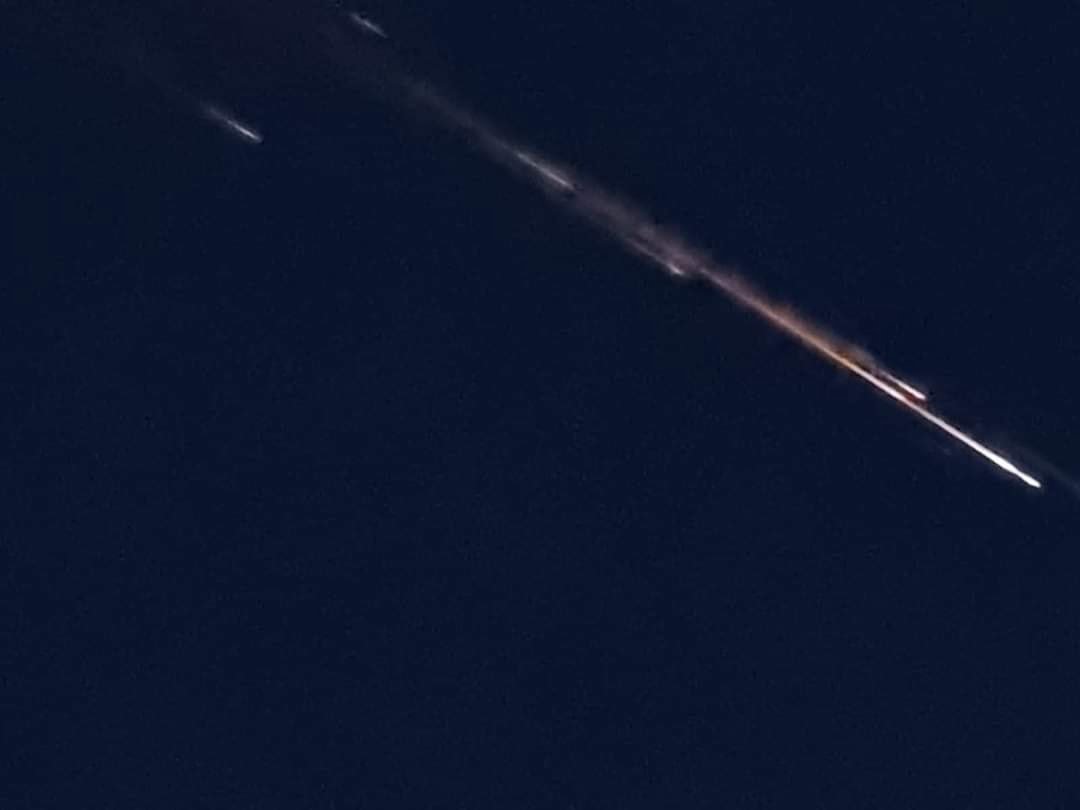 Social media is abuzz after a meteor like or shooting star was spotted over Pretoria on Tuesday evening.

Numerous users have shared videos of the rare spectacle reportedly witnessed from Pretoria and places as far as Bulawayo in Zimbabwe.

In one of the videos, shared by @ConCaracal, a meteor is seen flashing through Pretoria’s night skies.

Just took this footage from my house.

Just took this footage from my house.

Gauteng Weather @tWeatherSA shared a picture of the #Meteor

🔴 BREAKING: #Meteor spotted over Pretoria a short while ago | 📸 C Fourie pic.twitter.com/TBZTFcPsUw

@KingBillius witnessed it from Bulawayo in Zimbabwe.

WHO ELSE JUST SAW A METEOR FALLING OVER BULAWAYO?!?! AND I GOT IT ON VIDEO!!!! POSTING SOON BUT OH MY GOD IM BUZZING

One SA Trucker who witnessed the phenomenon was quick enough to capture it on video.

He said he was astonished to see a shooting star in Pretoria.

“I had just arrived home when I saw this shooting star, luckily I had my cellphone in hand and filmed the last part of the show,” he said.

He says it was actually much bigger than was captured in the video.

Meteors are leftover particles from asteroids and comets. Every year when the Earth passes through their dusty trails they collide with our atmosphere and disintegrate in a fiery blaze of glory. Once experienced, it is something you’ll want to repeat as often as possible.

“Yes, meteor showers are very hard to catch from South Africa, they are mostly centred in the Northern hemisphere, so looking to the Northern horizon in the early hours of the morning is the best bet, but seldom convenient for South Africans,” said Daniel Cunnama, Science Engagement Astronomer at the South African Astronomical Observatory.

Shooting stars are lights you can sometimes see in the night sky which are caused by tiny bits of dust and rock called meteoroids falling into the Earth’s atmosphere and burning up.

Which is why it’s even more important to get out to a remote destination and increase your chances of seeing them in real life.