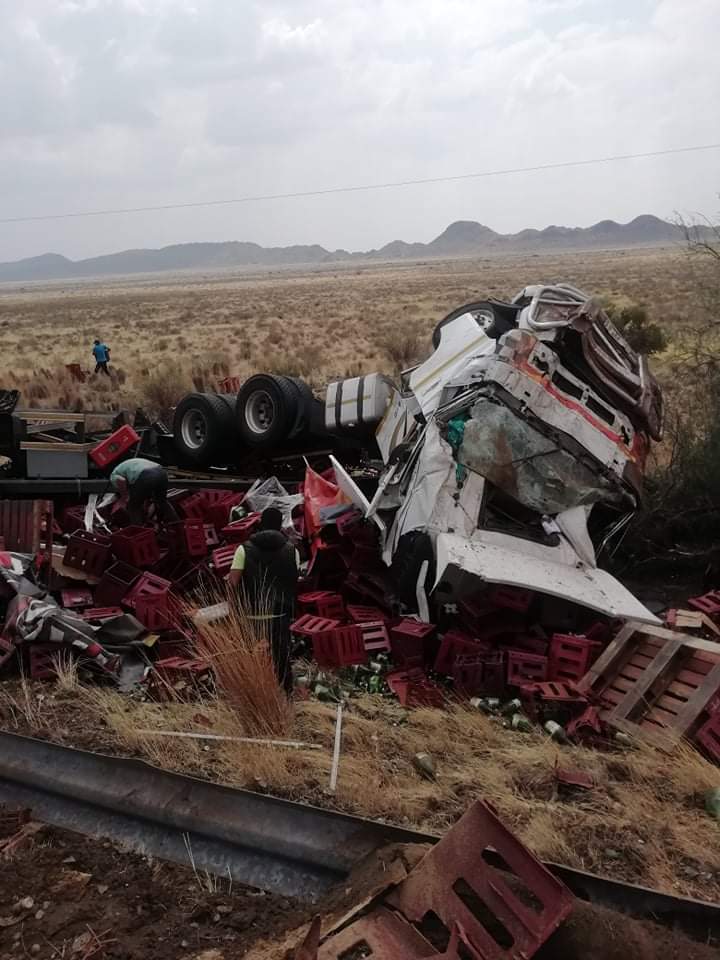 A truck driver has reportedly died after his truck overturned on the N1 just after Richmond towards Cape Town.

Motorists and passers by jumped onto the load to help themselves with beer which wa scattered accross the crash scene.

“The truck driver was motionless while seriously entrapped in his wreck but people never cared, they were busy looting the beer truck,” said one truck driver who arrived at the scene momemts after the accident.

Several truck drivers have told SA Trucker that the driver lost his life in the crash however this is yet to be officially confirmed.

Videos of the looters have since surfaced on social media showing the scavengers feasting on the truck.

Seven killed as bus overturns on R532 in Mpumalanga