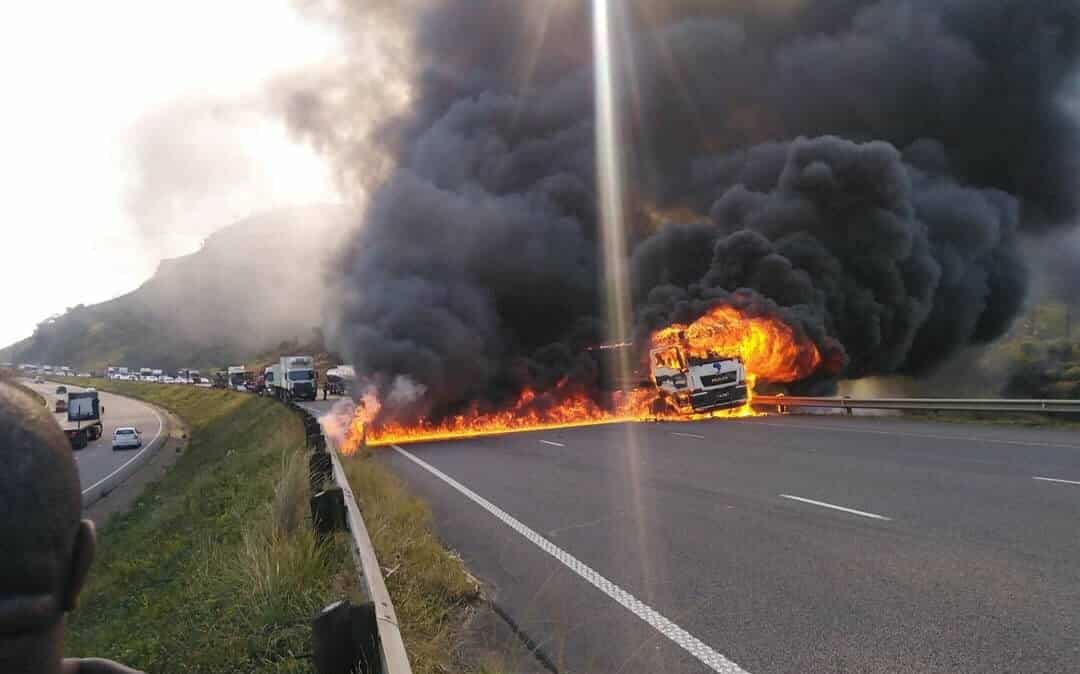 Durban – Traffic is at a standstill on the N3 east bound after Shongweni following a truck fire on Thursday afternoon.

Initial reports had suggested that a tanker was on fire but this could not be confirmed. Instead, pictures sent in by truckers on the scene show a side tipper truck which has been completely destroyed by the fire.

The fire is under control following the arrival of the fire brigade but the Durban bound carriageway is still closed to traffic as at 14h57.

The cause of the fire is not known at this stage. This is a developing story.