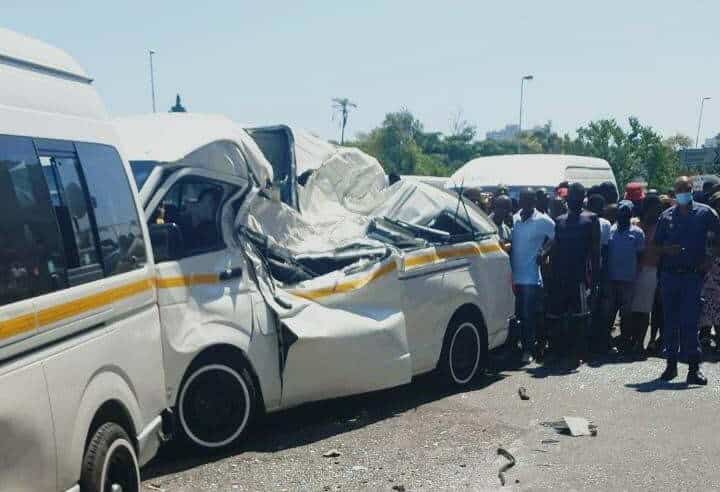 Durban – One person was killed when a bakkie plunged off the N3 and landed on top of a taxi loading passengers on Saturday afternoon.

The bakkie was entering the Durban city centre when it crashed through the bridge barriers on an elevated section of the N3 and landed upside down on the taxi.

Rescue Care Paramedics MD Garrith Jamieson said at least one person was killed and others seriously injured in the “horrific” incident in Pine Street, near Cathedral Corner.

The bakkie that plunged off the N3 in Durban city centre on November 14 2020, crushing a taxi before bouncing off and landing on its roof

A video of the incident, time-stamped 1.17pm showed debris falling on the taxi rank before the Toyota Hilux followed it, turning in midair and landing on the taxi.

As the bakkie bounced off the taxi and landed on its roof alongside it, bystanders could be seen fleeing the scene.

It’s not known what caused the accident.