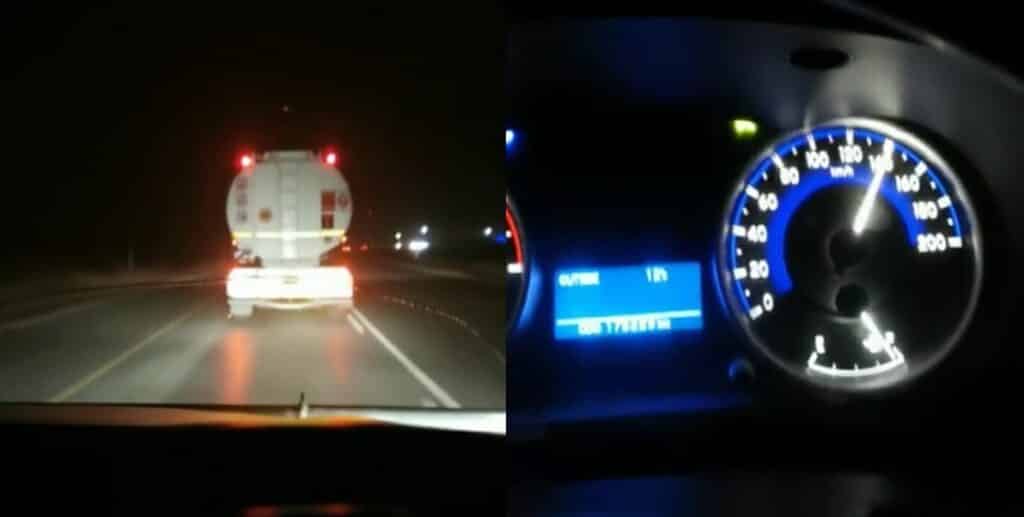 You can speed up your life if you want to that’s easy. Winding down is what’s hard.

A petrol tanker has been filmed overspeeding at a shocking 140km/h along the R546 highway at Evander near Secunda on Saturday night. A concerned motorist sent a 45-second video of the overspeeding truck after filming the dangerous and reckless driving of the trucker.

The motorist explained to SA Trucker that he only decided to film after the truck overtook him while he was doing 95km/h.

According to the motorist, the incident happened around 19h50 and the truck is a Scania pulling a petrol tanker.

At the start of the video, the motorist’s dashboard shows he is travelling at about 120km/h while the tanker truck ahead of him accelerates.

As he accelerates to maintain the truck’s speed, he reaches 140km/h after about 15 seconds.

For the last 30 seconds of the video, the motorist shows his speedometer recording a constant 140km/h following behind the tanker truck.

SA Trucker urges truckers to always drive cautiously and with due care considering the degree of damage a truck can cause if it is involved in a collision with any other vehicle.