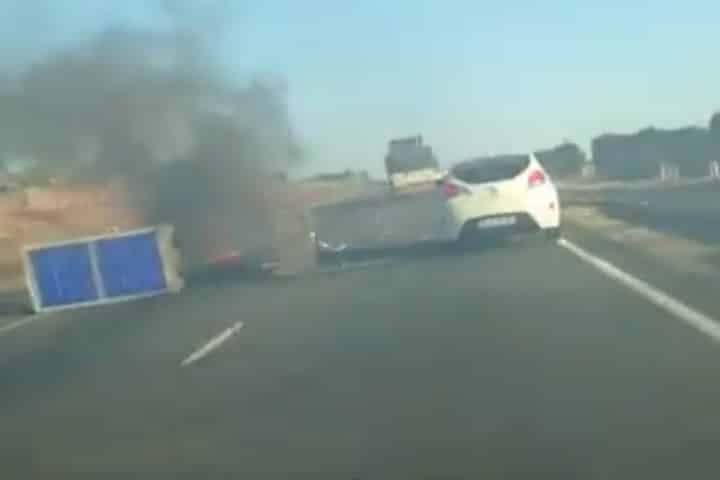 Johannesburg – South bound traffic on the N3 is at a standstill just after Barry Marais road following a violent protest by Vosloorus residents.

The south bound carriageway is blocked by burning tyres. Riot And Attack SA tweeted advising motorists to use alternatives.

ROAD CLOSURE on the N3 South between Barry Marais Road and the R550 Alberton Road exit due to PROTEST ACTION – HEAVY TRAFFIC in the area – Use alternative routes.#JHBTraffic #JacaTraffic pic.twitter.com/o1alTEx9GQ

The cause of the protest is not known at the moment.

@TrafficSA protest action on the N3 towards Durban at Vosloorus turn off. pic.twitter.com/ZHTXo23Gps