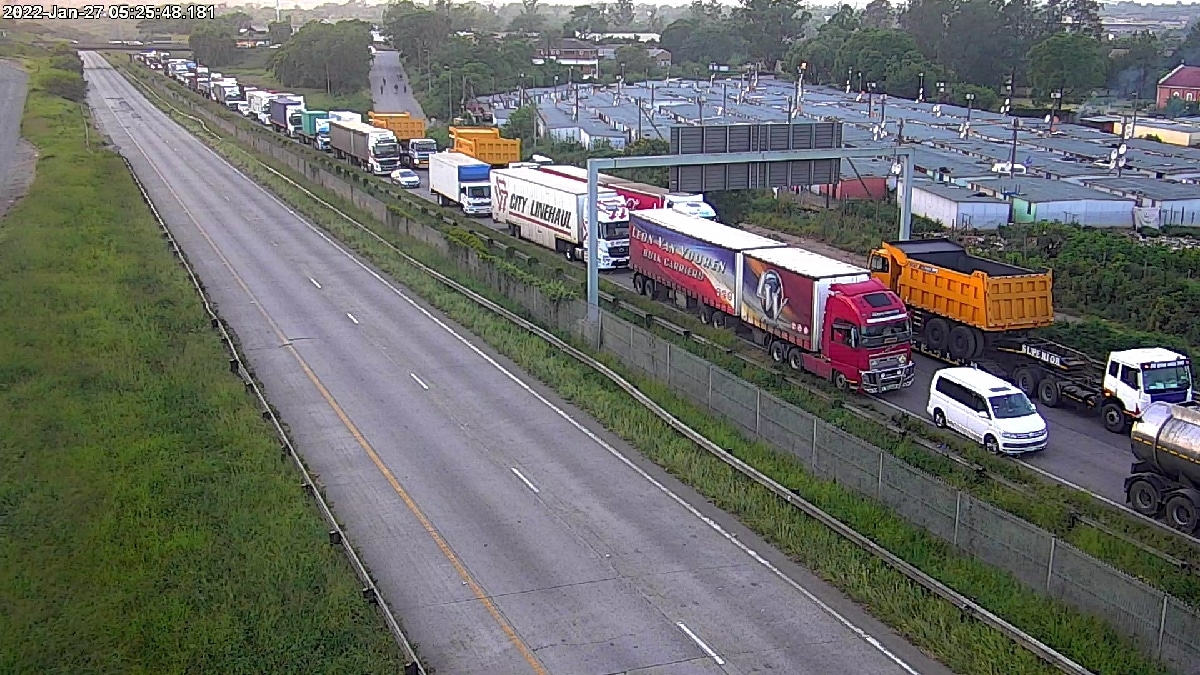 Watch: Protesters Block Off the N3 With Burning Tyres in Pietermaritzburg

There is a massive traffic backlog on the N3 freeway at Dr Chita Motala bridge after protesters blocked off the busy national route on Thursday morning.

SA Truckers at the scene around 06h00 said that police had not yet arrived.

The protesters allegedly blocked the road on both directions with burning tyres.

Motorists are advised to avoid the area and use alternative routes. 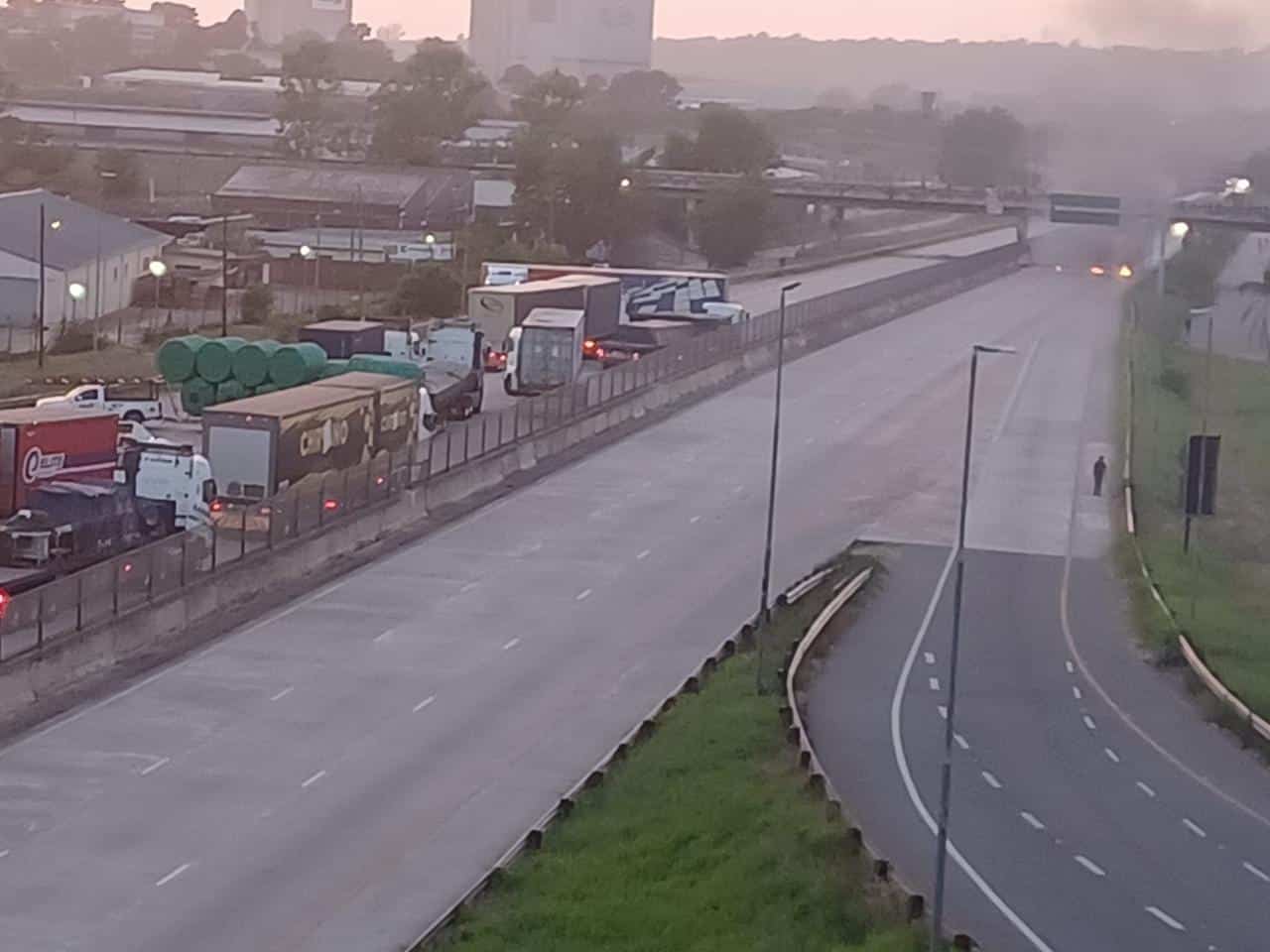 Protest action on the N3 freeway below the Chota Motala(Church) street bridge in Pietermaritzburg. Burning tyres on the road pic.twitter.com/u9eweUWygv