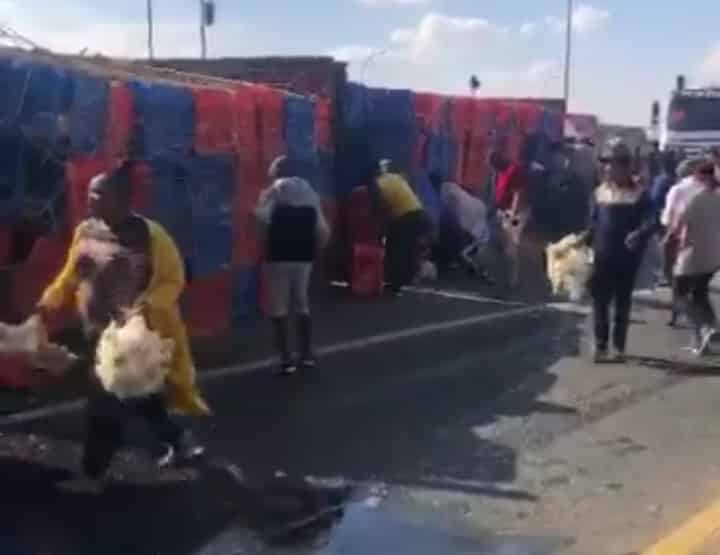 Johannesburg – Motorists and passersby blessed themselves with ‘free’ live chickens after a truck overturned on the Golden Highway in Diepkloof, Johannesburg, last week.

The driver reported that the load shifted while he was turning causing the truck to overturn.