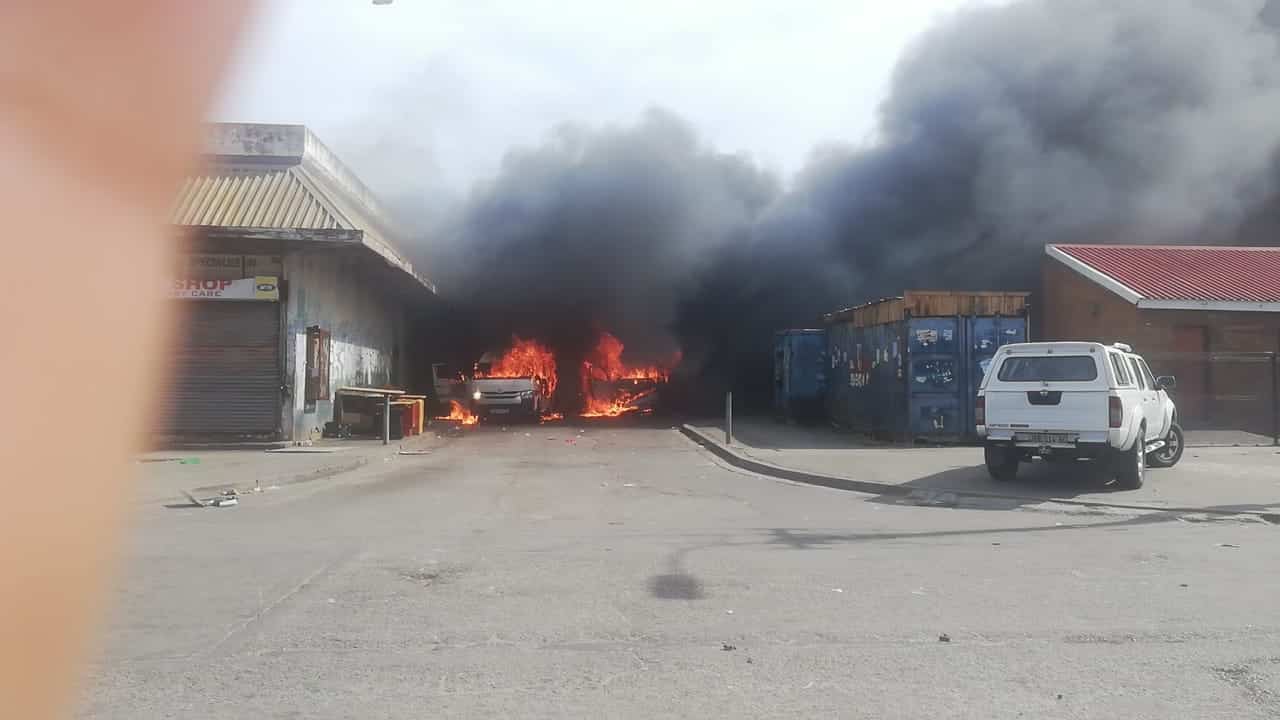 At least 8 minibus taxis have been burned on Durban road, Korsten in Gqebherha (Port Elizabeth) after a fight broke out between a motorist and a taxi driver.

It is alleged that the minibus taxi crashed into a car in a case suspected to be the ‘ehailing cars vs taxis war’ road rage which has been going on in the area.

It was not immediately clear if any of them sustained injuries.

Pedestrians, shoppers and motorists fled in all directions to get to safety when the violence erupted.

Three more were damaged and two other vehicles also burnt out.

According to an eyewitness, a car accident between a Somali man and an African male is what sparked the problem.

The woman, who did not want to be named for fear of her safety, said moments after the accident happened the two men got into a verbal altercation which led to a fist-fight.

“The next thing the Somali man pulled out a gun and shot the other gentleman, whom everyone on the scene presumes is a taxi driver.

“There was a shoot-out.

“People started to set the Somali shops in Durban Road alight and in turn, they started burning the taxis.”

Another person on the scene said he had witnessed the taxi driver fighting with the Somali man.

Ward 11 councillor Abraham Isaacs said it was not clear at this stage what had happened.

Police spokesperson Colonel Priscilla Naidu confirmed police were on the scene and trying to restore calm.