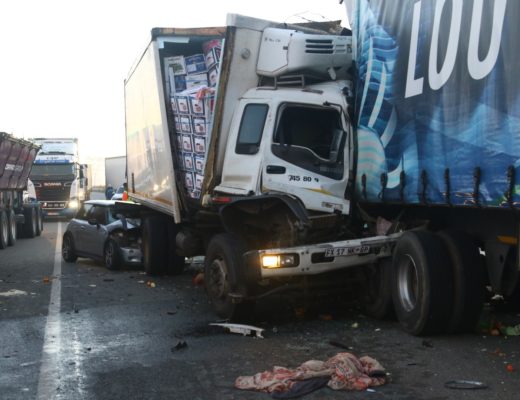 There is a serious accident on the R59 near the Ascot-on-Vaal exit near Vanderbijlpark where at least is five trucks and about 13 cars are involved.

A number of vehicles crashed against each other because of the congestion behind this accident.

According to unconfirmed rumors, five people died and many were injured.

Several emergency services and police are on the scene.

The clearance will take a considerable amount of time and there are already major traffic congestion. Avoid the road and rather use alternative routes.

HARARE – A suspected Zimbabwean border jumper has died after being attacked…