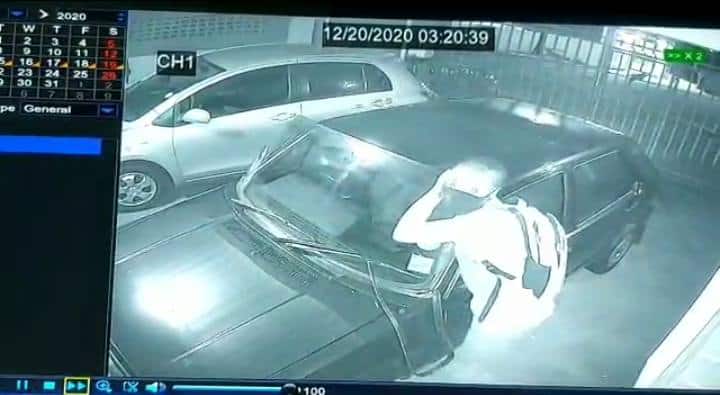 Thieves have broken into cars to steal items which cost much less than the damage they cause, but this one is a bit different.

He did not destroy the windscreen, instead he skillfully removed it to allow his hand to reach the window button then safely opened it.

It’s not an easy task hence some thieves would opt to smash the window, grab the loot and flee.

For this guy, fully equipped and well skilled, it took him just 3 minutes to steal without causing much damage to the car.

I bet the car owner is cross for losing his property but he may also be grateful that the thief’s expertise saved him from bigger expenses of fixing the car.