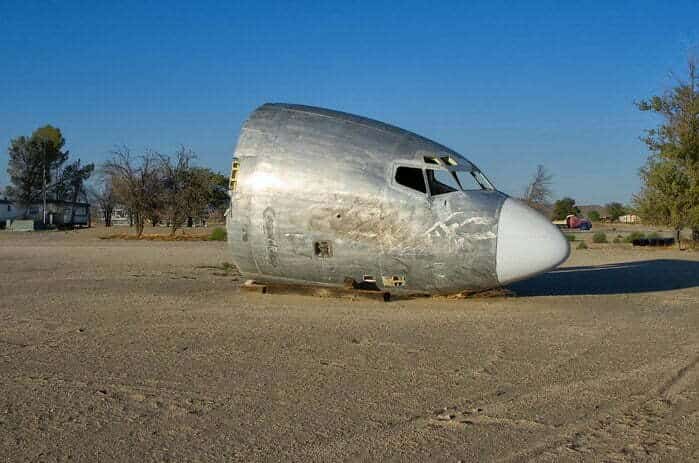 The incident lit up social media as users suggested the plane was stolen from Mahikeng Airport.

“North West department of community safety and transport management would like to categorically state that no public property has been stolen,” Lehari said.

“On Tuesday evening, three trucks were stopped by the police just outside Mahikeng CBD. The trucks, which were from GD Montshioa Airport in Mmabatho, were searched and found to have loaded scrap metals from the dismantled parts of aircrafts,” he said.

“The said cargo belonging to Mr Anton Grungleigh was destined for Emalahleni in Mpumalanga. Mr Grungleigh has for many years been operating Aircraft Maintenance Organisation at the airport.”

He said the search by the police had been misconstrued by some members of the community to be theft and posted on social media.

He appealed to members of the community to be responsible when sharing social media posts and to not fabricate stories.

The aircraft was dismantled at the Mahikeng Airport. However, owners of the dismantled aircraft allegedly failed to produce ownership documents and proof of payments made to customs.

Community member advocate Thuso Molifi is calling for a proper investigation into the matter.

“What we would like to see happening, is to see the government and the powers that be, should be aware that we are here, and the time is now. That we like to see the law taking the course and those who are responsible being brought to book before it’s too late,” says Molifi.

The owner of the aircraft parts, Anton Greyling, contradicts the authorities.

“The aircraft was given to me by the owner, get rid of the aircraft. So, I contacted a contractor and to remove them from Mafikeng to the refinery, which they were doing. The only problem was, we did not give him a permit on the trucks as they were driving on the road. So, everything else was done. It was all cleared by customs, and there’s no issue,” says Greyling.

Johannesburg – Members of the All Truck Drivers’ Foundation (ATDF) in Gauteng…

“While we plan to address our problems with Transnet, others will be waiting for you to slip up on your contract so that they can take over. There is no trust amongst ourselves hence we may never win against our common enemy,”