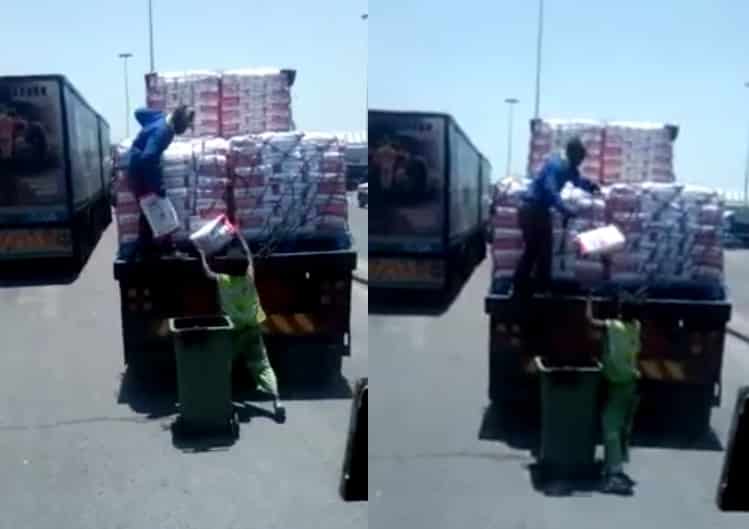 Bayhead area has become notorious for its traffic jam caused by trucks queueing to go into Durban Pier 1 and 2. Other vehicles are not spared from the trouble as the trucks occupy all the lanes.

While stuck in the traffic jam near Rossburgh, thieves pounced on a truck loaded with sugar.

The thieves were filmed casually offloading the truck and loading into a waste bin.

Such attacks are frequent in the area, sometimes trucks are attacked while they wait for the traffic light to change.

In Wednesday’s attack, the thieves had enough time to unload and disappear without any challenge. People are reluctant to help after a truck driver was stabbed in the same vicinity after he tried to stop thieves from taking his sail.

Durban – A man who robbed a stranded motorist on the side…