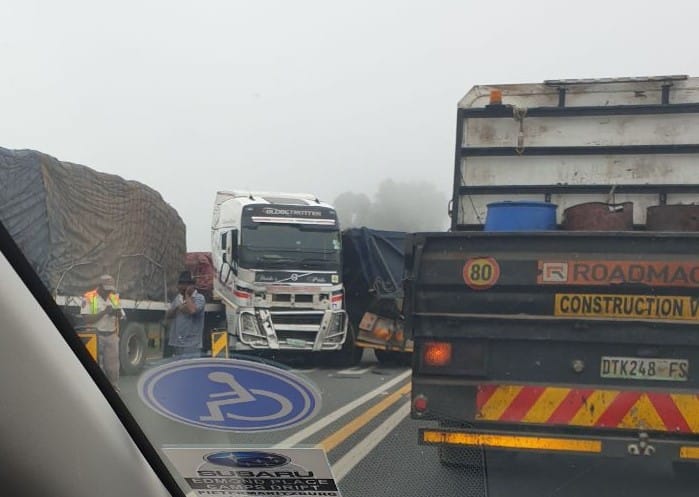 A truck driver was seriously injured following a three-truck crash on N3 at Van Reenen’s pass this afternoon 30/02/2020.

Traffic was hugely affected as all the Johannesburg bound lanes were blocked.

Two of the involved truck drivers were injured while one escaped harm.