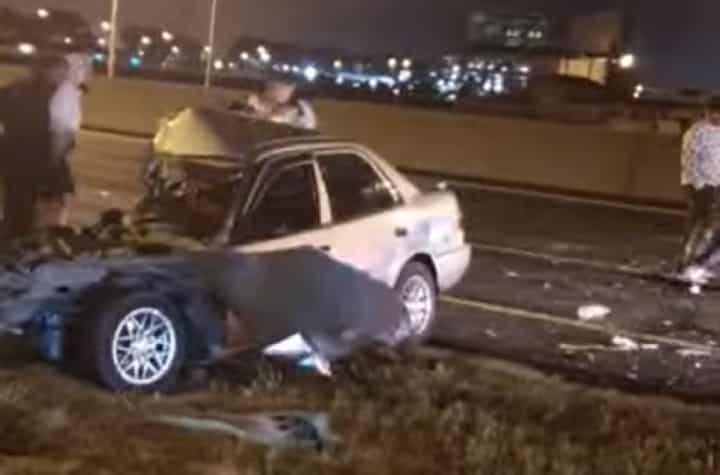 Cape Town – A driver died after losing control of his tow truck and smashing through a fence before crashing into a car parked in a yard.

Western Cape Gangwatch shared a video of the crash on N2 at Vangate Mall which he was rushing to.

A second video shows how the fatal crash happened, another car stops at the intersection coming from the right hand side before proceeding to turn left which is the same direction the tow truck is travelling.

In a bid to avoid a crash the tow truck swerves but never regains control of the truck.

It veers to the left, crashes through a wall before colliding into a parked car.

The driver sadly died on the scene.