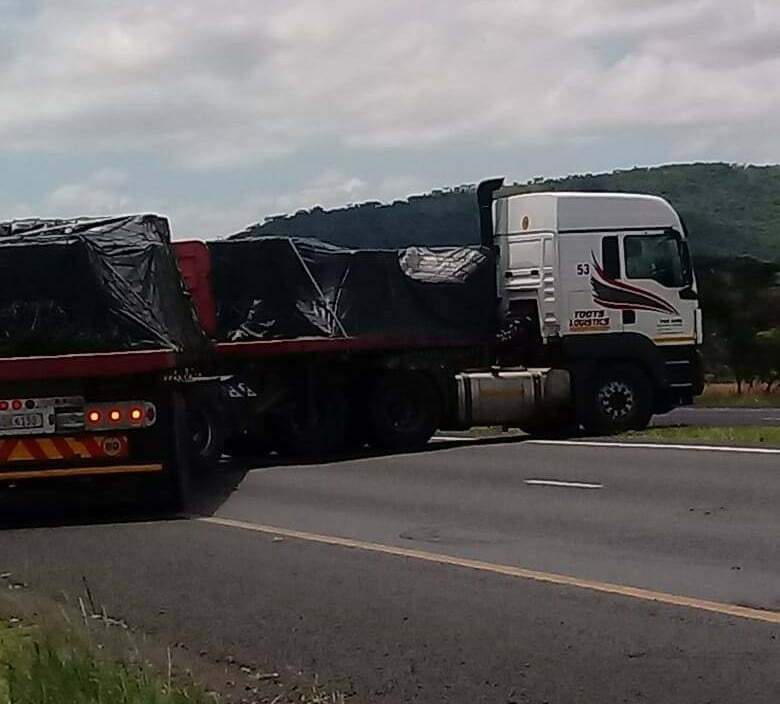 While filming the N3 freeway blockade near Tugela toll plaza on Wednesday, a trucker mistakenly said words that prove he did it intentionally and lied that some unknown gunmen had snatched his keys away.

Truck drivers made the discovery while assessing videos shot from the scene, something which detectives are expected to have picked up already.

About three trucks were used to block both north and south bound carriageways and the drivers claimed that some armed men driving a white Toyota Corolla had forced them to stop and used their trucks to block the busy highway.

A heated debate raged on social media as some truckers suspected the blockade was well planned by the ‘victim’ truck drivers accusing them of ATDF members.

As the trucker is filming the blockade he explains to his fellow Phumaphambili truck drivers what happened, even lying that he was shot at.
Mistakenly, he says

Translated – “There is mine, where I put it”

“These words cannot be said by someone who was being shot at and forced to abandon his truck,” read one comment.

Some had suggestions for the detectives;

“Check the call records for all the victims, thank me later,” read another comment.

Another one said “It’s impossible to close both carriageways without proper planning, the companies should check the tracker report and see how the drivers systematically arrived at the scene – there is no councidence here.”

Meanwhile, those in support of the blockade hailed the man a hero for his actions.

Now watch the video and judge for yourself.