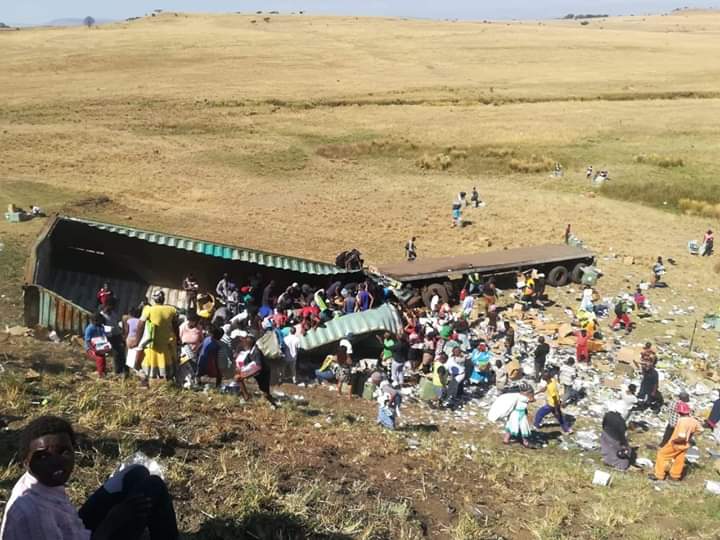 Durban – A truck driver was seriously injured when he was involved in a collision with another truck just after Estcourt Ultra city on the Johannesburg bound carriageway on N3.

The truck side swiped with a stationary truck resulting in it veering off the road and rolling and landed on its side. The accident happened on Sunday morning.

The impact was so severe that the container was ripped open.

While emergency services were busy clearing the scene on this busy route, residents from the area helped themselves to the electronic appliances and toys that lied strewn from the overturned truck.