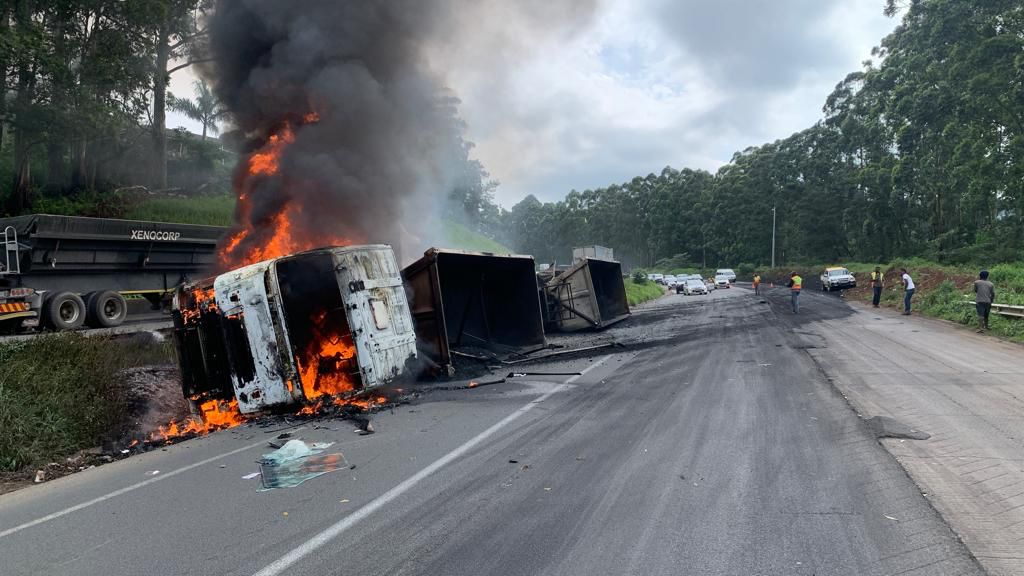 Two people have sustained minor injuries after the truck they were travelling in rolled and caught fire on the N3 eastbound just after the Peter Brown offramp in Pietermaritzburg.

The accident happened on Saturday afternoon around 3 pm. The N3 Durban bound had to be closed to allow the fire brigade to put out the fire.

There was a massive traffic backlog as emergency personnel worked on the crash scene.

By 7 pm, emergency services had finished extinguishing the truck fire and the scene was cleared.

The cause of the accident is not known.

Watch the video of the burning truck below:

Ten people were killed on Western Cape roads this weekend, while 27…