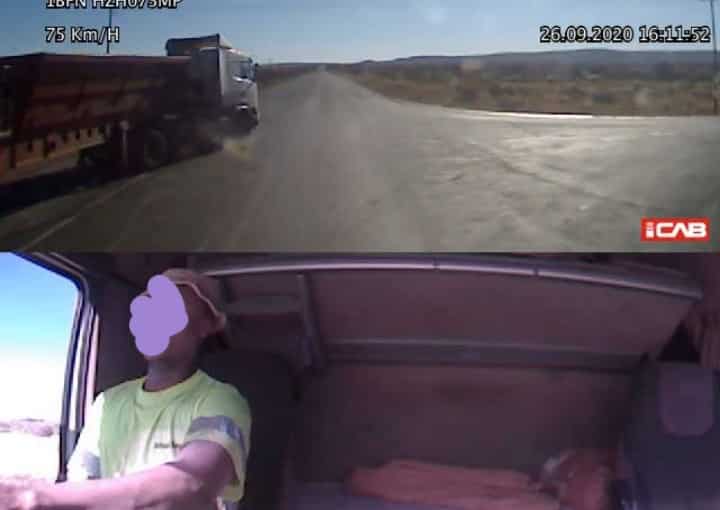 Two people were injured in a collision between two trucks on R385 in Northern Cape on Saturday afternoon.

Dashcam from one of the trucks captured the crash.

In the video, one truck is going at 77km/h when another truck just enters its path without a warning.

It gives the truck driver no chances to avoid colliding with it.

A witness on the scene alleged that the second truck had just finished dropping off a passenger when it drove back onto the road.

“He failed to yield for the truck coming from behind him causing the collision,” said a witness.

Both drivers sustained moderate injuries in the crash.

Trucker killed in N2 three-truck and car collision near Hluhluwe