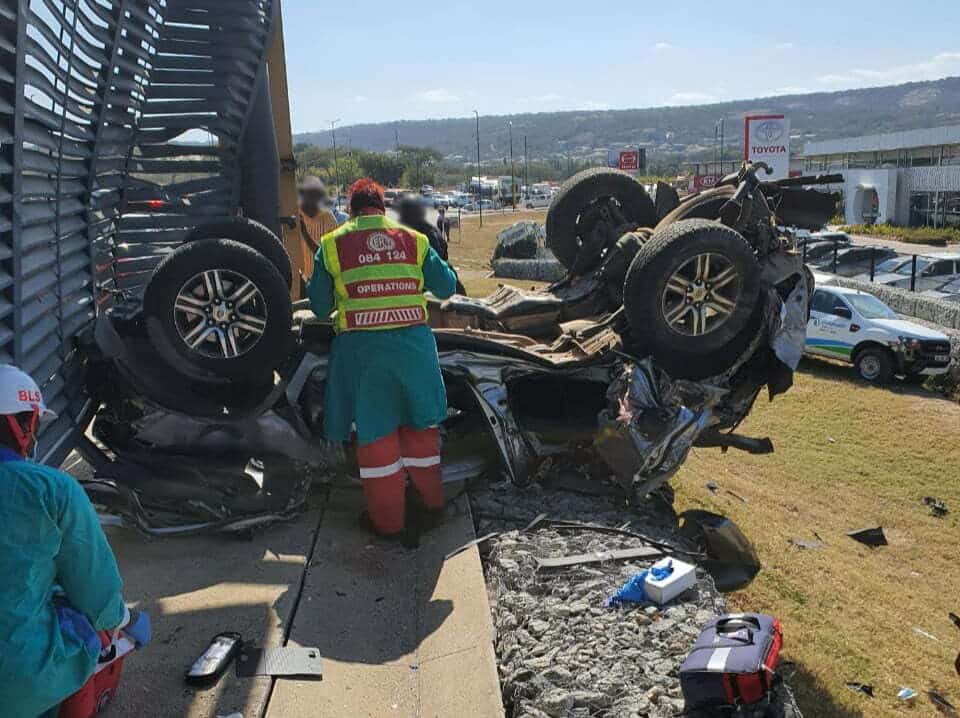 Mbombela – A truck driver and his passenger have been killed and five other people injured his truck collided with several other vehicles on the R40 in Nelspruit, Mpumalanga.

ER24 paramedics, along with other services, arrived to find the smouldering truck on the side of the road.

Several light motor vehicles were found scattered in the middle of the road.

On closer inspection, medics found two people, believed to be the driver and his assistant, in the truck wreckage.

Unfortunately, both had already succumbed to their numerous burn wounds.

Nothing could be done, and they were declared dead.

One patient was found in a critical condition, while four others had sustained moderate injuries.

The patients were treated and provided advanced life support before being transported to nearby hospitals for urgent care.