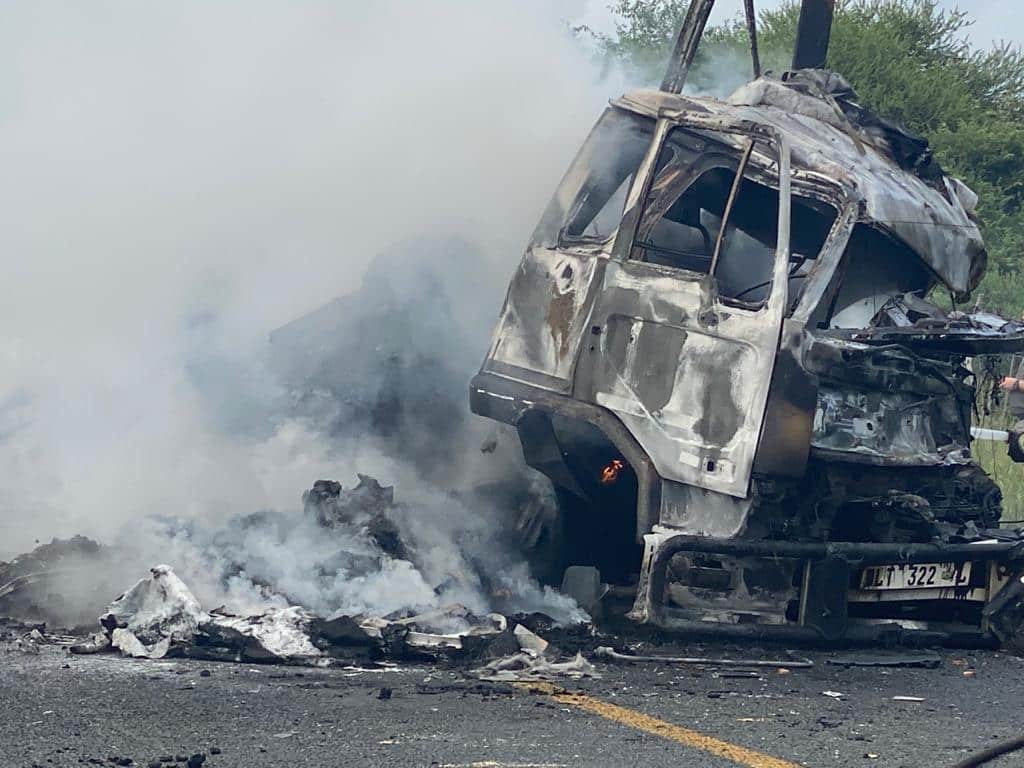 Watch: Trucker burns to death after crashing into another truck on N1, Limpopo

Limpopo – A truck driver has been burned beyond recognition following an accident involving two trucks on the N1 Makhado, Limpopo next to Kennington lodge.

According to officials on the scene the man’s truck collided into another truck which was stuck on the road after two of its tyres were punctured.

The N1 highway has been closed to allow authorities to investigate the accident.

Motorists travelling on the N1 in the area are warned that they can expect traffic delays due to the fatal accident.

Smoke could be seen billowing out into the air for kilometres away after one of the trucks caught fire.

Traffic have started backing up in both direction of the crash scene for hundreds of metres.

The accident occurred a couple of kilometres away from the Mampakuil weigh bridge.

The accident follows an earlier travel warning issued to motorists this morning on social media of an increased numbers of heavy vehicles travelling on the N1 north to Beitbridge.

The traffic congestion is apparently caused by trucks travelling to and from Botswana having to cross into the country through the Beitbridge border post as the bridge at Groblersbrug is closed due to flood damage.