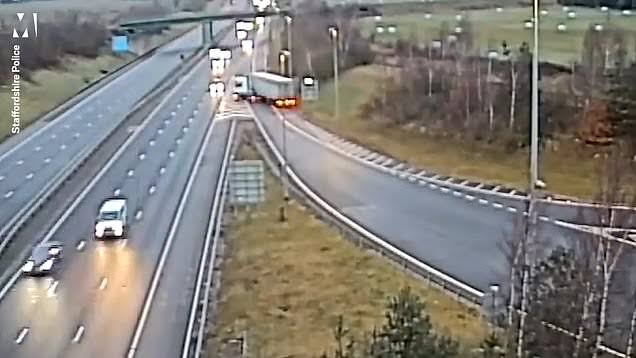 London – A truck driver who went the wrong way down an M6 slip road in the United Kingdom before doing a dangerous U-turn in oncoming rush hour traffic has been jailed, SkyNews has reported.

Shocking CCTV footage shows the heavy goods vehicle edging its way around and into the inside lane as dozens of cars race past at 70mph.

The driver, who hasn’t been named, was also banned from the roads for 15 months over the incident in Staffordshire on January 21.

The driver of the truck was jailed for six months and disqualified from driving for 15 months after he was caught driving dangerously on the M6 Toll last month.

Where are you coming from boet?