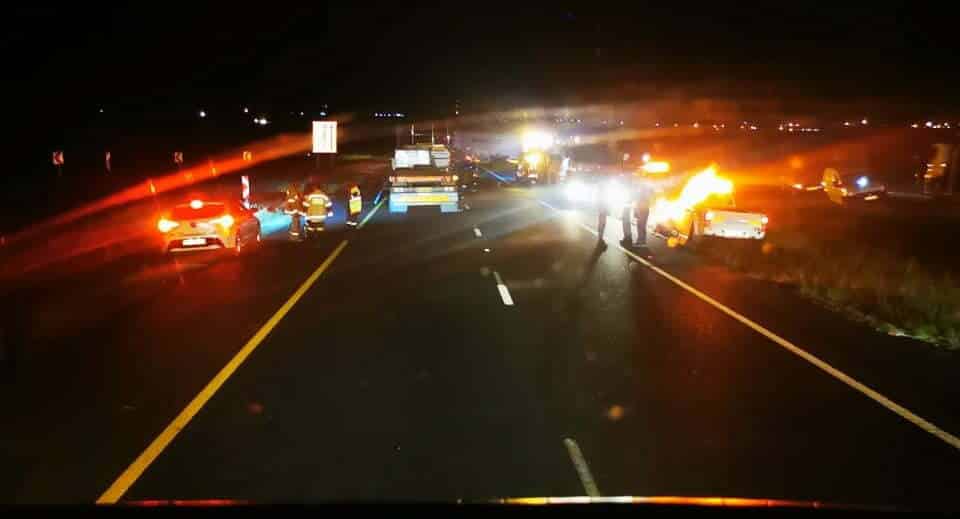 Watch: Trucker’s frantic call for help under fire from gunmen on N12 in Gauteng

Truck attackers yet again shot at and burnt three trucks on the N12 between Daveyton and Etwatwa offramp.

A voicenote of one of the truck drivers attacked last night was uploaded to Youtube by eNCA.

In the voicenote, the shaken trucker can be heard frantically calling for help as the attackers shoot at his truck.

“At this stage no injuries have been reported and the suspects have not been arrested. We are appealing to anyone with information to kindly call the crime stop number,” said police spokesperson, Brenda Muridili.

Several trucks have been burned or damaged since April.
The government has condemned the attacks and vowed to deal decisively with the matter.