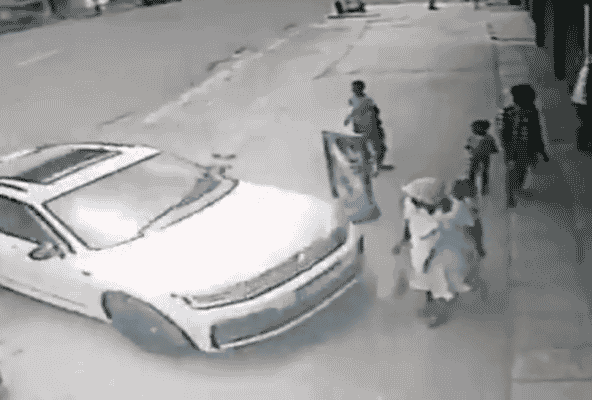 Police in Free State arrested two people in connection with a hit and run accident in Ventersburg captured on CCTV.

The video of the car crashing into an elderly woman carrying a child on her back has gone viral on social media.

Police are investigating a case of reckless and negligent driving after a video of a car crashing into an elderly woman carrying a child on her back went viral on social media.

The driver of the car, who appears to be a woman, allegedly switches seats with a man after the incident, they then drive off without helping the victim.

Police say the two suspects were arrested after the owner of the vehicle handed himself to the police.

The incident took place in Ventersburg in the Free State.

The two suspects are out on bail and will appear in court on 30 January 2020.

A Zimbabwean truck driver, Edwin Munyonyongi has been murdered by armed criminals…
The Hawks have arrested a truck driver and two other people after…