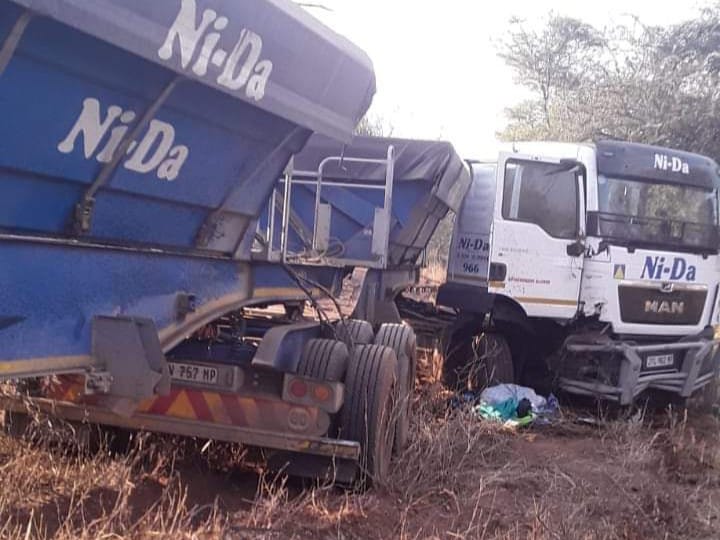 Two people have been killed in a crash between a truck and a sedan on R37 just before Bugersfort on Thursday morning.

An SA Trucker who witnessed the crash narrated to this reporter what led to the crash.

“I was driving behind the NiDa truck towards Burgersfort when a car travelling on the opposite direction lost control in the curve and crashed onto the front right wheel of the truck. Both vehicles veered off the road and landed a few metres from the road,” explained the trucker who refused to ne named.

“Unfortunately, the driver and a child from the car were certified dead at the scene by the paramedics on arrival,” he added.

Watch the aftermath of the crash below;