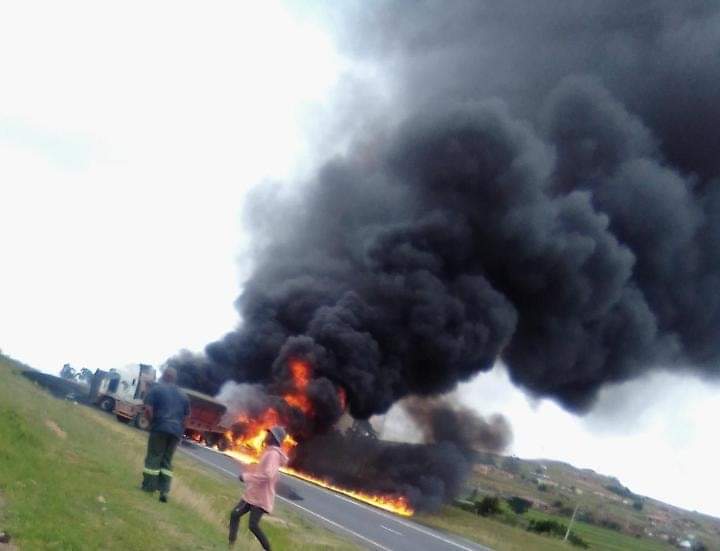 A truck driver has been killed after his truck collided with another truck on the N2 between Pongola and Piet Retief on Friday morning.

It alleged that two trucks, both pulling side tipper interlink trailers crashed and burst into flames.

Preliminary reports suggest that one of the truck drivers perished on the scene while the other one was seriously hurt.

The road is currently closed as at 11h23 and will remain closed until the fire is extinguished on the two trucks.

Motorists are advised to exercise caution when approaching the accident scene.